An independent report into air quality monitoring by Cheshire East council has claimed that pollution levels were downplayed by as much as 10μg/m³ in some parts of the borough between 2012 and 2014.

Last month the council admitted that data from 42 diffusion tubes used to monitor air pollution within the borough had been falsified, meaning that air quality returns submitted to Defra for 2012, 2013 and 2014 had contained ‘serious errors’ (see airqualitynews.com story). 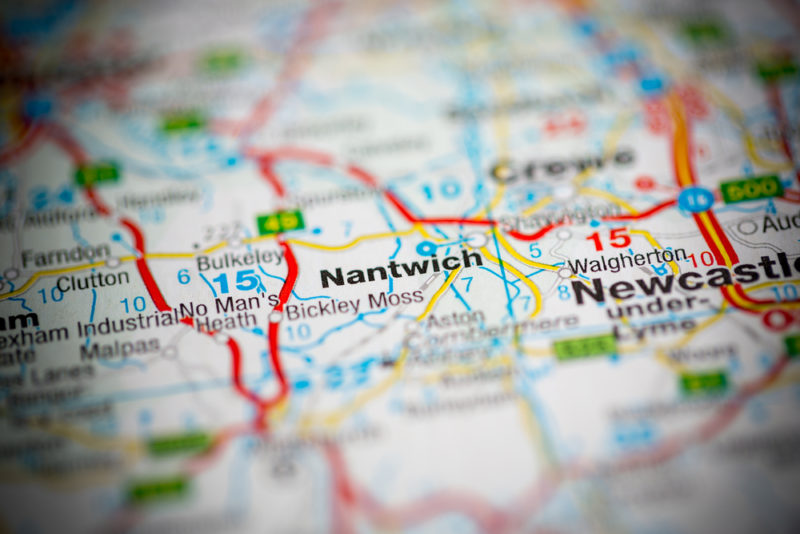 The falsified data is also likely to have affected planning decisions in six towns including Crewe, Nantwich and Sandbach as planning officers may not have known the extent to which new developments could not harm air quality, the council said.

Yesterday evening the authority published a report into the data carried out by consultancy Bureau Veritas, outlining the extent to which some of the data had been revised.

The report stated: “For 2011 there was very little evidence of deliberate manipulation of the data, and it could be considered that those tubes that have been under reported could have been typographical errors, were there not evidence of more obvious manipulation in 2012, 2013 and 2014.

“In 2013 and 2014, for some tubes exactly 10μg/m3 has been subtracted from several months’ worth of data, and it is considered highly unlikely that this could be attributed to anything other than deliberate manipulation.”

The report also suggested that in some areas, figures were revised down below the 40μg/m³ national annual mean air quality objective for nitrogen dioxide, which could have given a false impression of the authority’s compliance with legal air pollution limits.

Bureau Veritas also looked in detail at the likely impact that the false readings would have had on 43 planning applications which had been assessed at times when data had been altered.

Of these, 12 applications were identified by the council as being of ‘significant concern’ due to their location.

Bureau Veritas claimed that for some of the applications, using the correct concentration data would have likely increased the predictions for pollution concentrations in the immediate area around the proposed developments and could have changed the conclusions of AQA [Air Quality Assessment] carried out during the planning process.

The report concluded: “From the completion of the planning review, no clear relationship between the high risk planning permissions and the previously identified erroneous diffusion tube data was found. However, it is concluded that predicted pollutant concentrations and final conclusions of AQAs have likely been affected by the identified erroneous data. In a worst case scenario this may have led to a lower emphasis being placed upon the conclusions of an AQA within the overall application determination, and potentially a planning application therefore being approved when it may not have been had correct monitoring data been used for the air quality assessment purposes.”

According to the council, the report suggests that no planning decisions were wrongly approved as a result of the falsified data.

Councillor Ainsley Arnold, Cheshire East Council cabinet member for housing and planning, said: “This review identifies relevant planning applications that were granted planning permission during the period when errors have been identified in the council’s air quality monitoring data.

“A separate report provides an analysis of the impact on those planning applications which may have been affected by these errors.

“Following this thorough analysis, we can confirm that all planning applications have been granted correctly and that no additional mitigation measures would have been required had the correct data been used at the time.

“The report does highlight, that in the case of one application, a revised air quality assessment would have been required as a result of the corrected data. For completeness, the council will commission a revised assessment and will report the results of this when it is available.”

The council has updated its website to display the correct data and supporting information and its annual status report for 2016 and 2017 containing the revised data will be submitted to Defra within the coming weeks.