The vehicles will be used by the company’s home surveyor team who will be travelling across the UK and Ireland to conduct free home inspections for the installation of smart technologies. 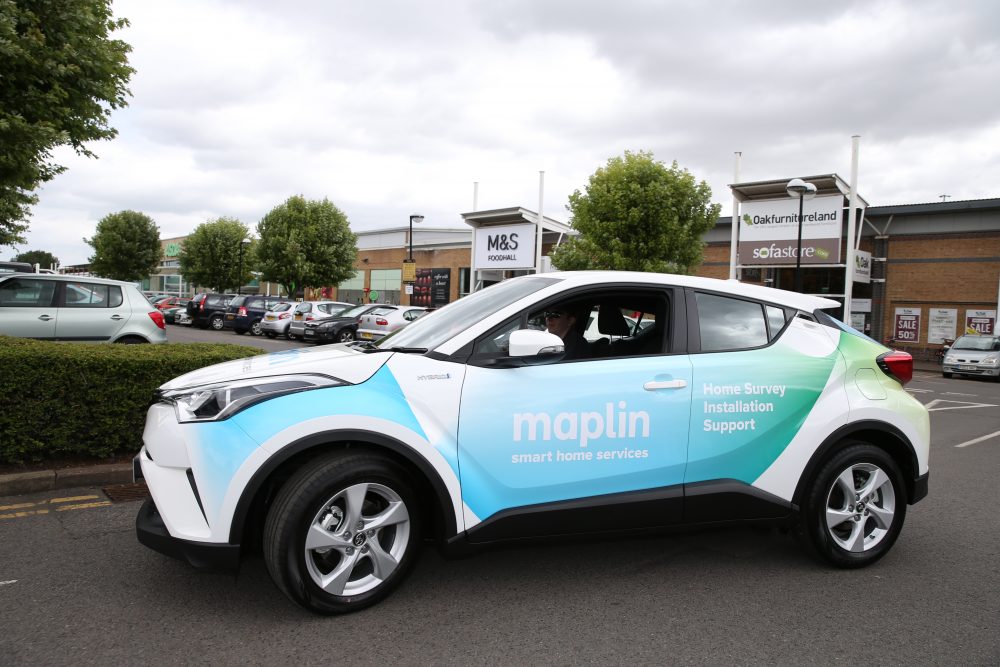 One of 10 Toyota C-HR petrol-electric hybrids

The Toyota C-HR is available as a petrol-electric hybrid with emissions from 86g/km and combined fuel economy from 74.3mpg.

Alexander Allen, director of business strategy at Maplin, said: “We chose the Toyota C-HR because it is an eco-friendly and stylish car which clearly resonates with our new vision. We share a lot of brand values with Toyota in terms of innovation, forward thinking and sustainability. The C-HR will help build awareness of our exciting new proposition as it is a real head turner on the road.”

Toyota has also this week announced that it will be carrying out a trial of hydrogen fuel cell refrigeration trucks with the retail chain Seven Eleven in Japan.

This followed the announcement of an agreement with Mazda to work together to develop technologies for electric vehicles.

The companies said they would explore the “joint development of technologies for the basic structure of competitive electric vehicles” using expertise from both organisations.

Mazda has itself this week announced plans to develop a ‘next-generation’ petrol engine, dubbed SKYACTIV, which will use compressed ignition, which it claims will increase engine efficiency by up to 30% and potentially deliver an improved performance on emissions.