The city of Dundee has met its air quality objectives for nitrogen dioxide, a city council report has claimed, although a number of areas have been targeted for improvements.

The report, which is to go before councillors at a meeting next week (21 August), suggests that some exceedences of the legal NO2 40μg/m³ annual mean objective were recorded at city monitoring stations during 2016. 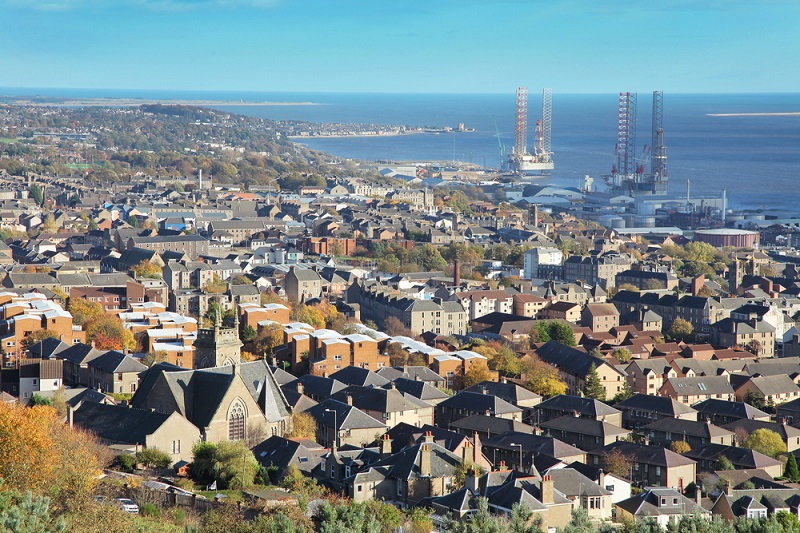 The committee report also refers to their having been no exceedances of the NO2 hourly mean objective of 200μg/m³ for the last three years.

It adds that 81% of monitoring locations have shown an improving or stable trend in concentrations of NO2, alongside 67% for PM10. The PM10 annual mean objective of 18μg/m³ was met at all monitoring stations in 2016, the first year this has been the case, the council says.

Despite the improvements, Dundee is seeking to target a number of areas where further work is required, mostly for reductions in NO2 but some for PM10.

Improvements in air quality have come about following the adoption of an Air Quality Action Plan in 2011.

Community safety and public protection convener Alan Ross said: “I am pleased to see these improvements and actions in the report, but we are not complacent and we are well aware there is much more that can and is being done.

“As a council, we are continuing to punch above our weight and further strengthen our credentials as a low carbon authority.

“We are also continuing to work with the Scottish Government and other partners to help deliver air quality improvements through the Cleaner Air for Scotland-The Road to a Healthier Future (CAFS) Strategy.

“The council is determined to make long-term progress on air quality and improve the city for everyone.”

From next month (September) the Scottish Government is due to undertake detailed modelling of emissions within the city as part of its work under the Cleaner Air for Scotland strategy. This will be used to help inform future policy options to be considered to improve air quality across Scotland.

Dundee, which has been named a ‘Go Ultra Low City’ by the government’s Office for Low Emission Vehicles, has a number of policies in place aimed at boosting electric vehicle uptake. The council also takes part in the ECO Stars fleet recognition scheme, which supports operators of heavy goods vehicles (HGVs), vans, buses and coaches to run their fleets more efficiently.

Further work is ongoing to review bus movements in parts of the city, as well as measures to address traffic management options in Seagate, described by the council as a ‘pollution hotspot’.

The council anticipates that it will expand on existing low emission vehicle infrastructure in 2017/18, having this month awarded planning permission for an electric vehicle charging hub in the city (see airqualitynews.com story).