Businesses in the City of London are being offered a share of £100,000 in funding for projects to combat air pollution.

The City of London Corporation’s ‘Air Quality Champions Grant Scheme’ is available to businesses in the Square Mile who want to fight back against air pollution – with up to £10,000 available to each firm to design and implement their proposals. 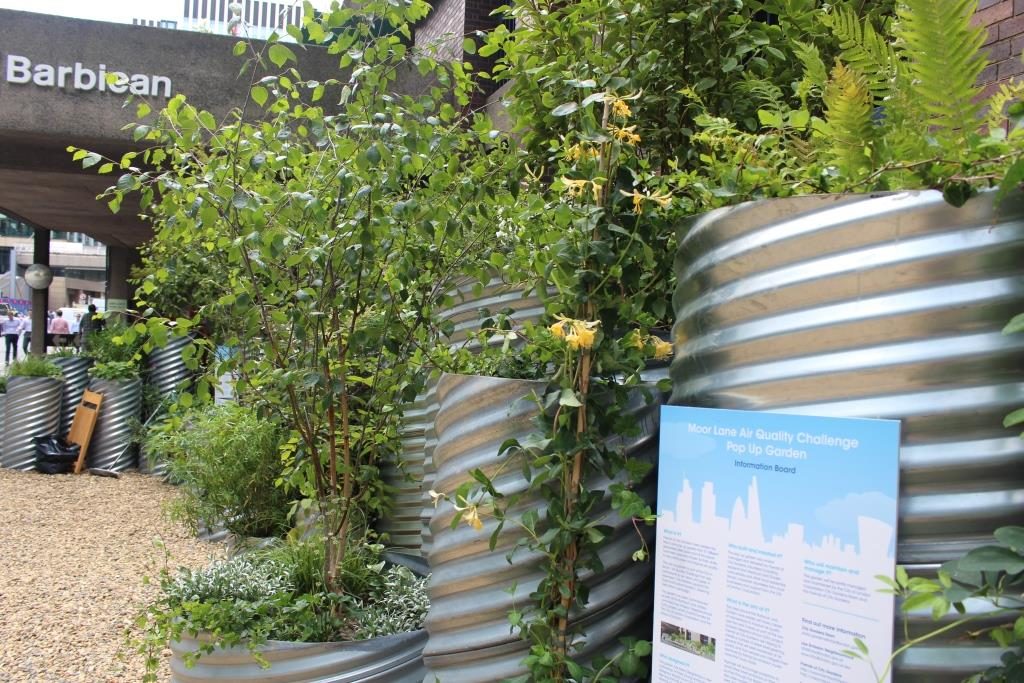 Green space initiatives could be among those eligible for funding

Through the grant scheme, city firms are being invited to bid for innovative local solutions to fight air pollution.

Examples could include new electric charge points for delivery and service vehicles, working with suppliers to reduce vehicle emissions and empowering staff to monitor air quality on their daily commutes. Successful schemes will be trialled and rolled out to other businesses in the Square Mile.

Jeremy Simons, chairman of the City of London Corporation’s environment committee, said: “There is a real determination from London’s businesses and workers to see a major improvement in the capital’s air quality. This new scheme will empower City firms to build on their existing initiatives to make a real impact in their local area.

Businesses can apply online for funding and the closing date for applications is 29 September.

The City of London Corporation has been engaging with business on air quality for a number of years through its City Air Programme. It has banned the purchase of diesel vehicles for its own fleet of 300 vehicles – and is also taking action to address engine-idling.

The City Corporation has also introduced a 20mph zone, and new procurement rules tightening restrictions on emissions from bulldozers and generators.