Wandsworth council has reported a drop in emissions of particulate matter (PM10) around the Nine Elms area near Battersea, where major redevelopment works are taking place.

According to the council, provisional data for the year to date show that there have been 11 days where the 24 hour mean objective for PM10 pollution has been exceeded, compared to 20 during the same period in 2016. 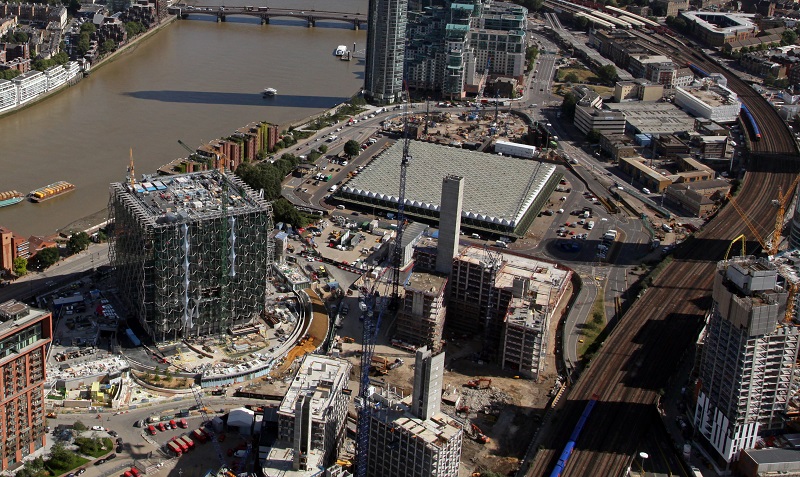 Nine Elms is the site of one of London’s most intensive redevelopment projects and currently has around a dozen live development sites and two of the city’s biggest tunnelling projects for the Northern Line Extension and Thames Tideway Tunnel. The new US embassy building is also being built at the site.

In order to mitigate any potential air quality impact resulting from the building activities the council has sought to implement a number of measures at the site including monitoring and advise for developers on dust suppression and reducing the use of diesel generators.

According to the council, every development site is regularly visited by the council’s air quality and planning enforcement teams to ensure best practice pollution control procedures are in operation.

Transport for London (TfL) also has a dedicated construction logistics coordinator for Nine Elms, paid for by the development sites, who oversees on-street and other infrastructure works to ensure utility companies are controlling dust levels and minimising impacts.

An area-wide construction logistics programme ensures HGVs and other vehicles are coordinated, timed and marshalled to prevent major traffic peaks and to reduce the overall number of vehicles on the road, the council says.

The Northern Line Extension excavation site is using river barges to take spoil away from the area and the same approach will be adopted on the Tideway project once tunnelling work begin. This approach is cutting tens of thousands of lorry journeys from the local road network, according to Wandsworth.

Infrastructure works are also managed collaboratively so trenches are used by multiple utility providers rather than roads and pavements being dug up more than once.

The council has also intensified the area’s street cleaning routine so that fine particles on road and pavement surfaces are washed away before they can be blown up into the air. 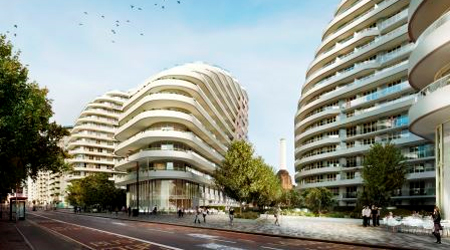 Wandsworth council leader Ravi Govindia said: “The intensity of excavation, demolition and construction work in Nine Elms is higher than anywhere else in the city and the council installed its monitoring station to ensure air quality issues would not go undetected.  Provisional data suggests PM10 readings are lower than in many other parts of London which we must work hard to bring them down further.

“Controlling these harmful dust particles takes a relentless effort from everyone involved in the regeneration process and just one example of poor practice could see pollution levels rise. We must remain vigilant and work collaboratively to stop pollution at source, minimise the needs for disruptive works and to reduce construction related traffic.

“The completed Nine Elms will include the city’s most ambitious green infrastructure network, including the UK’s largest sustainable urban drainage system, a district heating network which will reduce emissions and carbon, a sustainable transport network and acres of new green open space. We are also supporting the development of the Thames Tideway Tunnel which will dramatically reduce pollution levels in the Thames.

“This is an exceptional green legacy and we need to continue to manage the construction process in a clean and responsible manner.”

News of the improvement at Nine Elms follows on from the release of provisional data from monitoring stations on Putney High Road, which also suggest that improvements in air quality have been achieved (see airqualitynews.com story).

According to the council, the improvements have coincided with actions to reduce the use of highly-polluting buses along routes that use the road.