Jaguar Land Rover is the latest major carmaker to commit to a shift towards electric and hybrid cars, announcing this week that all of its new models will feature some form of electric power-train from 2020. 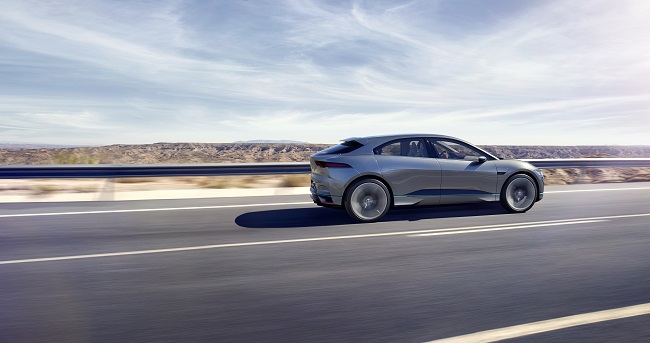 Dr Speth revealed that from the end of the decade, all new models developed by the manufacturer will feature fully electric, plug-in hybrid and mild hybrid vehicles. The carmaker will also continue to develop petrol and diesel-only cars.

Dr Speth said: “Every new Jaguar Land Rover model line will be electrified from 2020, giving our customers even more choice. We will introduce a portfolio of electrified products across our model range, embracing fully electric, plug-in hybrid and mild hybrid vehicles. Our first fully electric performance SUV, the Jaguar I-PACE, goes on sale next year.”

JLR follows in the footsteps of Volvo which has outlined steps to increase the number of electric and hybrid vehicles under development, with the Swedish manufacturer announcing in July that its new models produced after 2019 would incorporate some form of electric motor (see airqualitynews.com story). Other carmakers have also signalled an increased focus on electric vehicles going forward.

Government has identified increased uptake of electric vehicles as among the means of tackling NOx air pollution in the UK – noting in its Air Quality Plan, published in July, that funding for electric vehicles forms a part of a £2.7 billion investment in air quality and cleaner transport.

Some commentators have attributed the decline in diesel car sales as a response to concerns among consumers over air pollution emissions from diesel cars, and the potential for diesel cars to be the target of policies aimed at curbing emissions in polluted areas.

In recent public comments JLR’s managing director Jeremy Hicks has defended diesel cars amid what he labelled ‘confusion’ among drivers over the causes of emissions (see airqualitynews.com story). In his speech to the SMMT’s International Automotive Summit in June, he claimed that the ‘diesel debate’ has led to an increased focus on diesel passenger vehicles in efforts to tackle air pollution.

Addressing the conference, Mr Hicks said: “If we are serious about tackling air quality in our cities we need to ask more questions than just ‘what are we going to do about diesel cars?’

“Saying that banning diesel alone will solve our air quality problems is like saying you can end alcoholism by just banning beer. There are other sources of both problems.”