Chelmsford-based electric truck developer Tevva Motors has announced plans to develop a vehicle that runs on a form of glycerine – a food ingredient – alongside a range extended battery pack.

Glycerine, which is predominantly used as a sweetener and preservative in food products, will be used alongside a range extended battery back to give the 7.5-tonne truck the capacity to travel from London to Carlisle without the need for refuelling, the company claims. 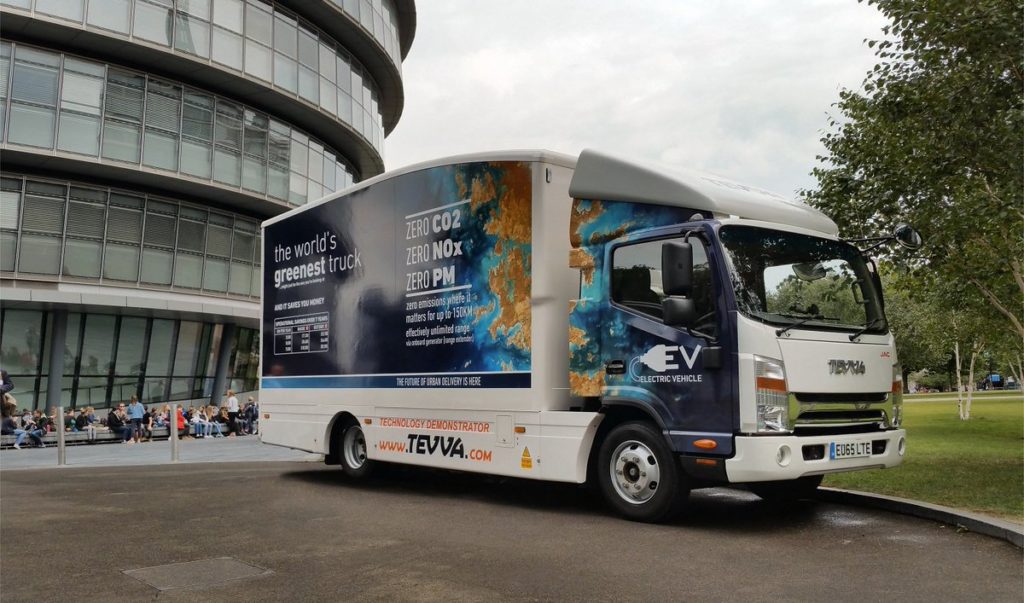 Delivery company UPS has successfully trialled one of the trucks in London and has placed an order for 15 more.

Tevva’s chief executive, Asher Bennett, a former Israeli submarine commander, has received over £2m in funding from the Low Carbon Vehicle Partnership to develop the technology. He believes the glycerine range-extender vehicles will be the world’s first fully zero-emission trucks.

In a statement, the company said: “The latest innovation will join Tevva’s existing range-extending technology for electric trucks, which use a powertrain similar to that developed for the new London Taxi, where power is supplied to the wheels via electric motors and backed up by a diesel-powered engine that removes the barriers of limited range, seen as one of the key barriers to hauliers adopting fully electric technology.”

Tevva is also working on projects to trial active geofencing, an online system that detects air quality in urban areas and can automatically switch a vehicle’s powertrain between diesel and electric power depending on particulate levels. The system is currently being trialled in Leeds.