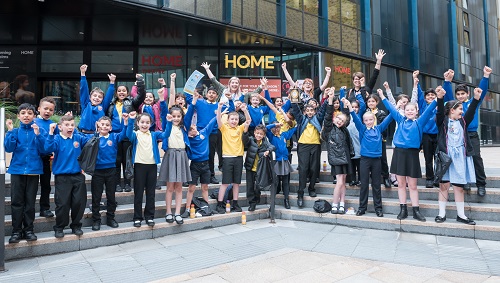 The inaugural Clean Air Day took place on 15 June 2017 and saw a host of activities taking place in towns and cities across the UK, coordinating action from local authorities, charities, schools and businesses.

According to Global Action Plan, the day saw over 200 associated events as well as gaining significant media coverage, with over 550 press, radio and TV features and more than 28,000 tweets helping to raise awareness of issues relating to air quality.

Labour MP for Dulwich and West Norwood Helen Hayes, has today (11 January) tabled an Early Day Motion in Parliament calling for support for the initiative in 2018. The motion has already received backing from fellow Labour MP and driving force behind the Clean Air Bill, Geraint Davies, Green Party MP Caroline Lucas and the SNP’s representative for Falkirk John McNally.

The motion calls for recognition of the initiative’s impact in raising awareness of issues related to air pollution, and claimed that government backing would ensure that the public “continues to be provided with clear advice on air quality matters.”

The motion urges government to “recognise the public’s desire to tackle air pollution and to be given guidance on how to cut and avoid air pollution from a trusted, independent, medically-sound source” and to acknowledge the success of the 2017 Clean Air day which, it says “established a public information service and increased the public’s understanding of air pollution”.

It also calls for MPs and government to welcome the announcement that Clean Air Day 2018 on 21 June 2018 and calls for government funding to support the initiative.

Commenting on the motion, Chris Large, senior partner at Global Action Plan, said: “It is marvellous to see MPs recognising the British public’s concerns about air quality and the important role of the Clean Air Day campaign in providing public guidance to tackle air pollution. We look forward to a response from the government and hope that an even bigger Clean Air Day 2018, with Government financial support, is the outcome.”

National Clean Air Day was recognised for its impact in its first year at the National Air Quality Awards, picking up the Communications Initiative of the Year Award at the ceremony in London in November (see airqualitynews.com story).