Chelmsford-based electric vehicle developer Tevva Motors has joined the Prime Minister Theresa May on an official visit to China, to promote its products overseas.

The company joins a host of high-profile names from the UK’s automotive sector including Aston Martin, McLaren and Jaguar Land Rover together with chief executives from the financial and pharmaceutical sectors, who have travelled to China alongside the Prime Minister to promote UK trade. 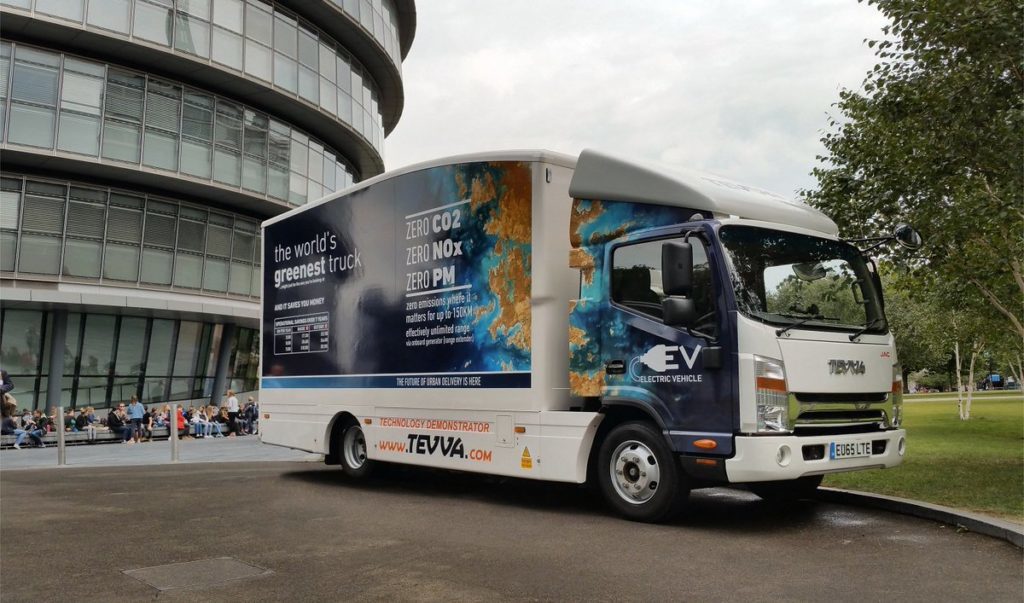 The delegation’s itinerary sees it visit the cities of Wuhan, Beijing and Shanghai on the three day trip, which commenced yesterday (31 January).

Tevva has developed an initial range of 7-14 tonne electric trucks which will be available in Britain from this Spring, and has ambitions to grow its business in key overseas markets.

It also plans to see heavier weight trucks in production and further new technologies in both hardware and software introduced in 2019.

Tevva Motors’ chief executive, Asher Bennett, who is representing the company on the trip, said: “City authorities in both the UK and China are placing a high priority on tackling city air quality and the negative impact of NOx and particulate pollution on health. Tevva is at the forefront of truck technologies that can make zero emission freight movement not just a practical reality, but actually the norm and cheaper than diesel over the life of the vehicle.

“The benefits of this technology are already being recognised within the freight industry – as demonstrated by our growing order book and we are delighted to join the Prime Minister in China as an example of the best of British high technology manufacturing.”

Tevva produces range extended electric trucks from 7.5 tonnes upwards that the company claims have a 150km fully electric range with an on-board generator to extend capacity. First commercial deliveries are expected to be made in April 2018.