A truck with a combustion engine powered entirely from hydrogen fuel will take to the roads later this year as part of a trial.

Developed by hydrogen fuel specialist ULEMCo, the converted VOLVO FH16 vehicle is designed to provide a demonstration of how hydrogen fuel can be deployed to decarbonise heavy goods vehicles ‘efficiently and cost effectively’. 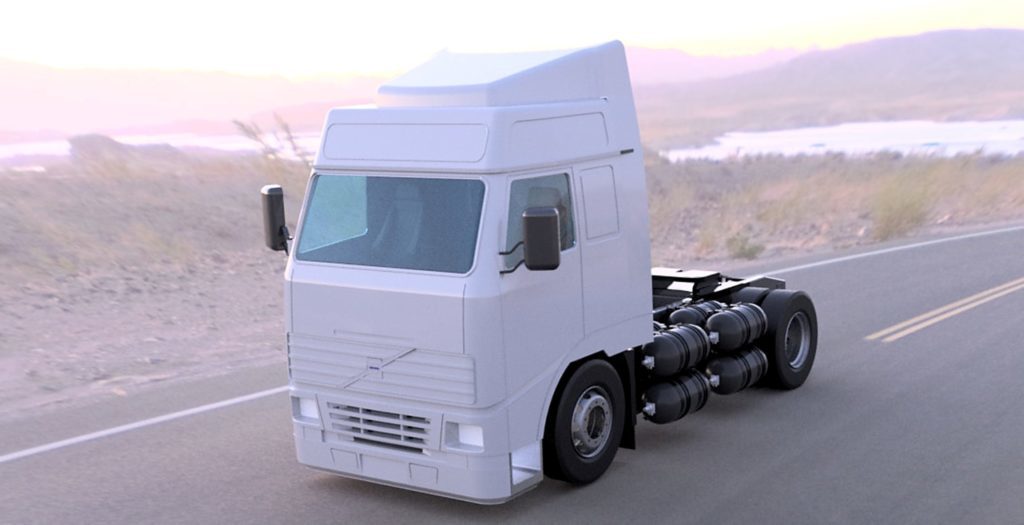 Unlike other hydrogen fuelled vehicles, the truck will use hydrogen to power the vehicle in a combustion engine rather than via fuel cells and an electric motor.

However, in common with fuel cell versions, there will be less of the emissions from hydrocarbons that impact on air quality – such as unburnt fuel, particulates, carbon monoxide and the NOx levels will be ‘immeasurably low’ ULEMCo claims.

The company believes that using conventional engines and existing truck designs, rather than the full transformation needed for electrification, the time frame to the target of zero carbon emissions can be shortened significantly, at the same time reducing the cost of the change for customers.

Using a modified conventional engine, the powertrain cost is minimised and the company is able to demonstrate that zero emissions can be achieved in commercial vehicles at an affordable cost, it has added.

ULEMCo has converted a number of vehicles from diesel to hydrogen dual-fuel, with some in current active service around the UK (see airqualitynews.com story).

The demonstration vehicle will be the first all-hydrogen example, will have at least 300HP, and with 17kg of hydrogen on board, a range of just less than 300 km unloaded is expected.

As hydrogen storage is the only additional hardware, a smaller reduction in payload is experienced than with other low emission approaches.

Amanda Lyne, chief executive of ULEMCo, said: “We are hugely excited about the potential for hydrogen fuel as a route to faster achievement of zero carbon emission in commercial vehicles. With this MLE [Mega low emission] demonstrator, co-funded by the UK’s innovation agency, Innovate UK, we are showing that 100% hydrogen fuel in combustion engines is a practical and cost effective option. It sits well alongside the hydrogen dual-fuel conversions that we have already implemented commercially.”