A survey of schoolchildren aged six to 15 suggests that over two fifths (43%) of those living in urban areas are concerned about the levels of air pollution near their school, sustainable travel charity Sustrans has claimed.

This number was even greater for children living in London – with 53% of those surveyed suggesting that they were concerned about high levels of air pollution. More than half (57%) of the children surveyed said that they had been told about air pollution by their school. 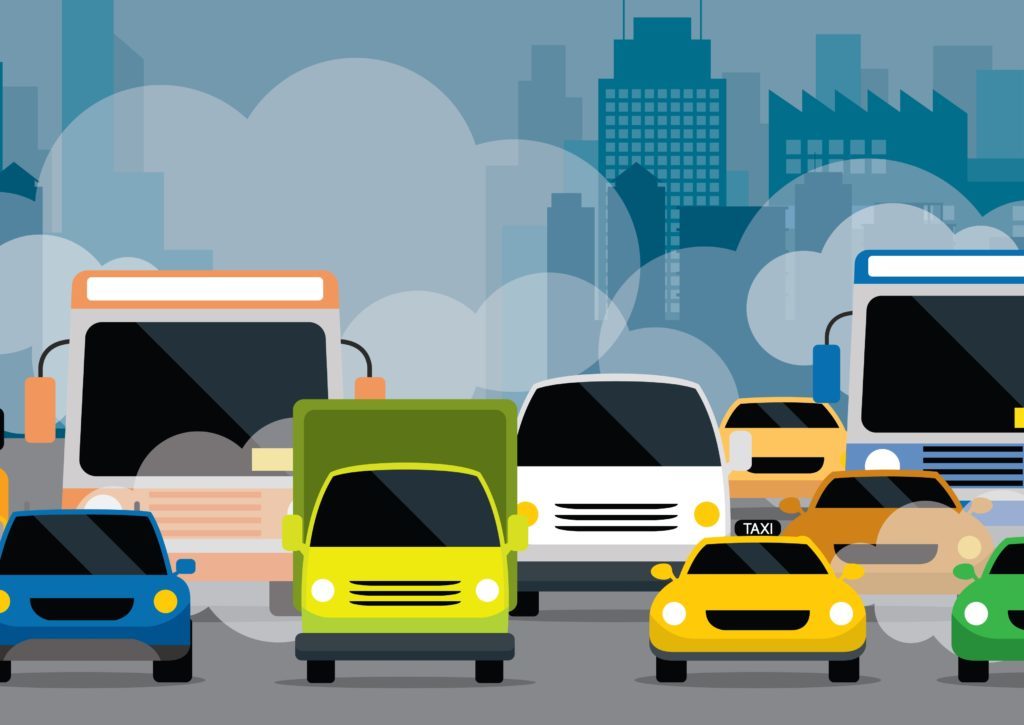 Children surveyed on behalf of Sustrans admitted that they were concerned about air pollution near their schools (Picture: Shutterstock)

The survey has been released to launch the Big Pedal 2018 (23 April – 4 May), a competition aimed at encouraging more young people to cycle, walk and scoot to school.

Held annually by Sustrans, the event is expected to see more than half a million children and young people get on their bikes and scooters for their journeys to and from school.

Xavier Brice, Sustrans’ chief executive, said: “We’re in the midst of an air quality crisis. This survey demonstrates for the first time that children are aware and concerned about poor air quality. We wanted to hear their views on the matter, as they are some of the most susceptible to the adverse effects of air pollution, which can lead to poor lung and brain development and asthma if exposed for long periods of time at a young age.

“More needs to be done to improve air quality near schools and help protect future generations. One of the best ways to do this, is by reducing the number of journeys taken by car each day in favour of walking, cycling or scooting the school run.

“The UK Government needs to show leadership by helping local authorities fund and deliver better cycling and walking infrastructure so that every child is able to travel on foot or by bike to school in safety and with confidence. Failure to act now on high levels of air pollution has the potential to have a detrimental impact on children’s health.”

Additional results from the survey suggested that one in three (38%) children think that encouraging more people to cycle, scoot or walk to school is the best way to help to reduce levels of air pollution, while a further 16% feel that reducing the number of journeys taken by car would play the greatest role.

34% said having a shorter distance to travel would most encourage them to walk, cycle or scoot to school, followed by fewer cars on the road (12%) and separated from traffic cycling routes (11%).

Alison Cook, director of policy at the British Lung Foundation, adds: “Air pollution is a danger to everyone’s health and children are among those most vulnerable as their lungs are still developing.

“Childhood is a time for learning and playing, not worrying. It’s sad to see that so many children are concerned about the air they breathe. To help cut emissions, the Government must provide incentives for walking, cycling and using public transport as part of a comprehensive Clean Air Act.”