Subscribe To Our Newsletter
Freight & Transport, Innovation, Technology
Will Date

The technology will replace diesel-powered secondary engines used to power transport refrigeration units (TRUs), which are used to keep food cold on the road. 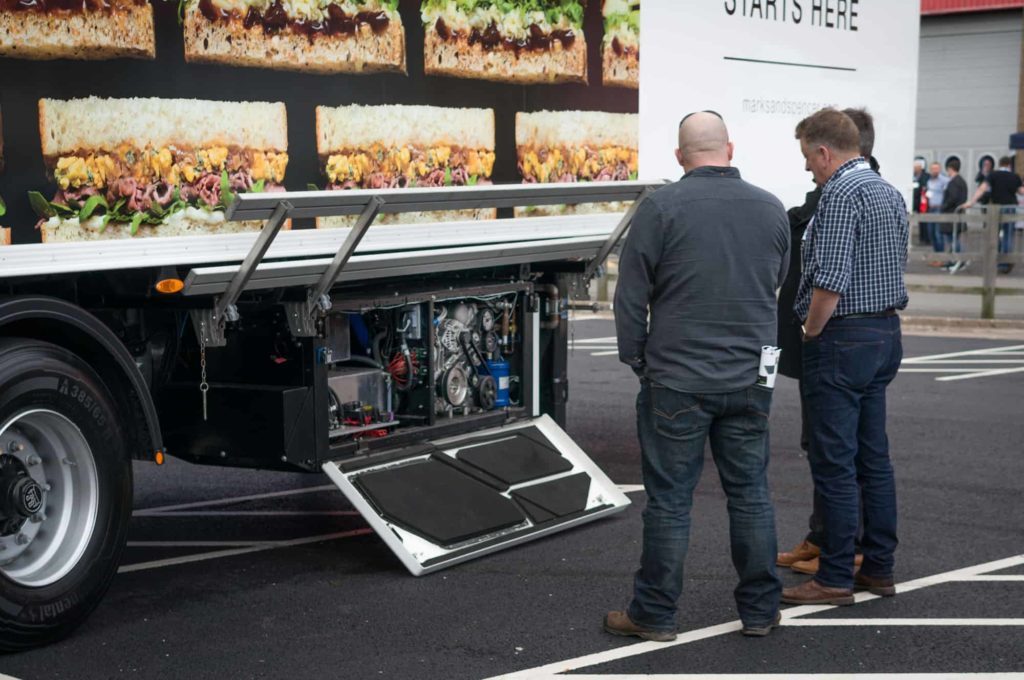 Dearman’s dual temperature Transport Refrigeration Unit (TRU) offers a reduction in nitrogen oxide and particulate emisisons, according to the manufacturer

As well as reducing carbon dioxide emissions from the trailer unit, the system also offers a significant reduction in nitrogen oxide and particulate emissions.

Anthony Whitehouse, M&S Fleet Engineer, said: “Dearman’s impressive liquid nitrogen technology has shown the kind of results it can achieve and we are excited to be partnering with them. Our latest sustainability plan is ambitious and includes bold new science-based target to further improve the efficiency of our operations.

“Our chilled delivery trucks have a role to play in that and we believe Dearman’s transport refrigeration unit could help us meet our emissions targets.”

Based in Croydon, Dearman has worked with retail clients including Sainsbury’s to road-test its technology, which it has been developing for commercial applications since 2013 and employing around 70 people across engineering, research and sales roles.

Commenting, Dearman CEO Scott Mac Meekin said: “We are delighted to be launching a partnership with a real heavyweight on the UK high street. Marks & Spencer is a trusted brand for the quality of its products and the company is clearly ambitious on the sustainability agenda. It wants to go much further in cutting the carbon dioxide emissions of its chilled deliveries and a Dearman transport refrigeration unit is uniquely placed to achieve that goal.”

The company has also recently revealed that its technology has been trialled by consumer goods giant Unilever, which ran a Dearman TRU in the Netherlands for six months, used to transport products from its Ben & Jerry’s and Ola ice cream brands.