Defra has launched a consultation on plans to create a national central database which will help local authorities identify taxis and private hire vehicles (PHV).

This, according to Defra, will help local authorities enforce charging Clean Air Zones (CAZ) even if the taxi or PHV has been licensed in a different area. 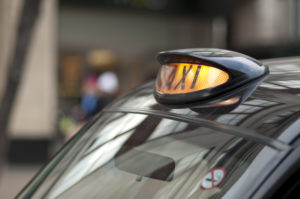 Defra added that the consultation, which closes on November 2,  will help the department to decide if the creation of a centralised database to enforce CAZ is the correct approach.

CAZ defines an area where targeted action needs to be taken to reduce roadside nitrogen dioxide concentrations. These roads have persistently breached statutory levels and action is required in the shortest possible time.

The database will also require local authorities in England and Wales to share certain details on licensed taxis and PHVs to a central database.

The consultation was launched launched jointly with the Department for Transport and will aim to distinguish taxis and PHVs from regular cars.

Also, the consultation lays out that in some cases, local authorities will implement Clean Air Zones that apply charges to taxis and PHVs, but not to private cars.

Under the proposals, when a vehicle enters or moves within a charging CAZ, its number plate will be detected and this information will then be checked against the central taxi and PHV database which will interact with the wider charging infrastructure being developed for charging Clean Air Zones.

The government proposes to mandate all licensing authorities in England and Wales to provide the taxi and PHV data to the database.