Nottingham city council’s air quality plan has been welcomed by industry bodies from the haulage and logistics sectors who have praised the council for its “common sense approach”.

Last week the council’s proposals to meet legal air quality limits were approved by the Department for Environment, Food and Rural Affairs (Defra) – the first English authority to gain approval from the government for its plan (see airqualitynews.com story). 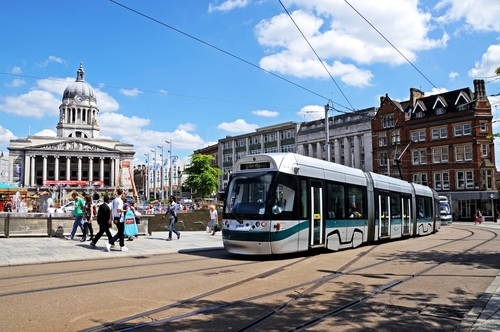 The council’s plan centres on improving the performance of the city’s bus fleet through a retrofit programme, and addressing emissions from older, more polluting taxis. The council has also received funding to introduce cleaner vehicles across its own fleet, including in waste collection.

Nottingham rejected initial plans to introduce a Clean Air Zone, after analysis suggested that other measures would bring it into compliance within a shorter timeframe.

The city council’s plan has been welcomed by both the Freight Transport Association and the Road Haulage Association – which have described the development as ‘positive news for local businesses’ who would no longer be faced with the prospect of charges under a CAZ scheme.

Chris Yarsley, FTA’s policy manager for the Midlands commented: “The logistics sector is committed to reducing its vehicle emissions wherever possible and takes this responsibility very seriously. Yet it’s important any air quality improvement scheme is designed with the unique needs of each place in mind – what works for one city may not be suitable for another – and this result shows the authorities are listening and adapting.

“The decision to overturn the mandate that Nottingham must introduce a CAZ sets a welcome precedent that government will consider more tailored plans that reflect the needs of each community.”

A number of local authorities are currently exploring the potential introduction of Clean Air Zones, which could see charges levied on road users for entering areas where levels of nitrogen dioxide air pollution have been found to exceed legal limits.

FTA has urged government to ‘decide on a case-by-case basis whether a CAZ truly is the best medicine to reducing a city’s pollution’ – particularly in the case of Derby city council, which is also likely to bring forward a plan that does not include a charging CAZ.

The organisation has previously called for ‘consistency’ in the implementation of CAZs – following concerns over a mixture of approaches forming at a local level by councils.

Speaking at the Freight in the City conference in London earlier this month (see airqualitynews.com story), Nathalie Chapman’s head of south of England, said: “For us as an industry, we know no boundaries, we operate everywhere. The concern about having a patchwork of different approaches is a real worry.”