In its report published on June 28, 2018, the French Agency for Health Safety (ANSES) presented a list of 13 new priority air pollutants to monitor.

Several air pollutants that are harmful to human health are already regulated and closely monitored at the European level (in accordance with the guidelines from 2004 and 2008): NO2, NO, SO2, PM10, PM2,5, CO, benzene, ozone, benzo(a)pyrene, lead, arsenic, cadmium, nickel, gaseous mercury, benzo(a)anthracene, benzo(b)fluoranthene, benzo(j)fluoranthene, benzo(k)fluoranthene, indeno(1,2,3,c,d)pyrene and dibenzo(a,h)anthracene.

While some pollutants like ozone and PM10 and PM2.5 particles are famous and often cited in the media, others remain much less known. It should also be noted that this list is still limited, considering the significant number of substances emitted into the atmosphere.

So, how were these 13 new pollutants identified by ANSES? What were the criteria? Let’s take a closer look.

The selection of candidates

Identifying new priority substances to monitor in the ambient air is a long but exciting process. It’s a little like choosing the right candidate in a beauty contest. First, independent judges and experts in the field must be chosen. Next, the rules must be determined for selecting the best candidates from among the competition.

Over the past two years, the working group of experts developed a specific method for considering the physical and chemical diversity of the candidates present in ambient air.

To gather all the participants at this “beauty contest”, the experts first created a core list of chemical pollutants of interest that were not yet regulated. The experts did not include certain candidates, such as pesticides, pollen and mould, greenhouse gases and radioelements, because they were being assessed in other studies or were outside their scope of expertise.

This core list is based on information provided by Certified Associations of Air Quality Monitoring (AASQA) and French research laboratories like the Laboratoire des Sciences du Climat et de l’Environnement (LSCE) and the Laboratoire Interuniversitaire des Systèmes Atmosphériques (LISA). It is also informed by consultation with experts from national and international organizations like the European Environment Agency (EEA) and from Canada and the United States (US-EPA), as well as by inventories established by international organisations like WHO.

Finally, this list was supplemented by an in-depth study of recent international and national scientific publications on what are considered “emerging” pollutants. 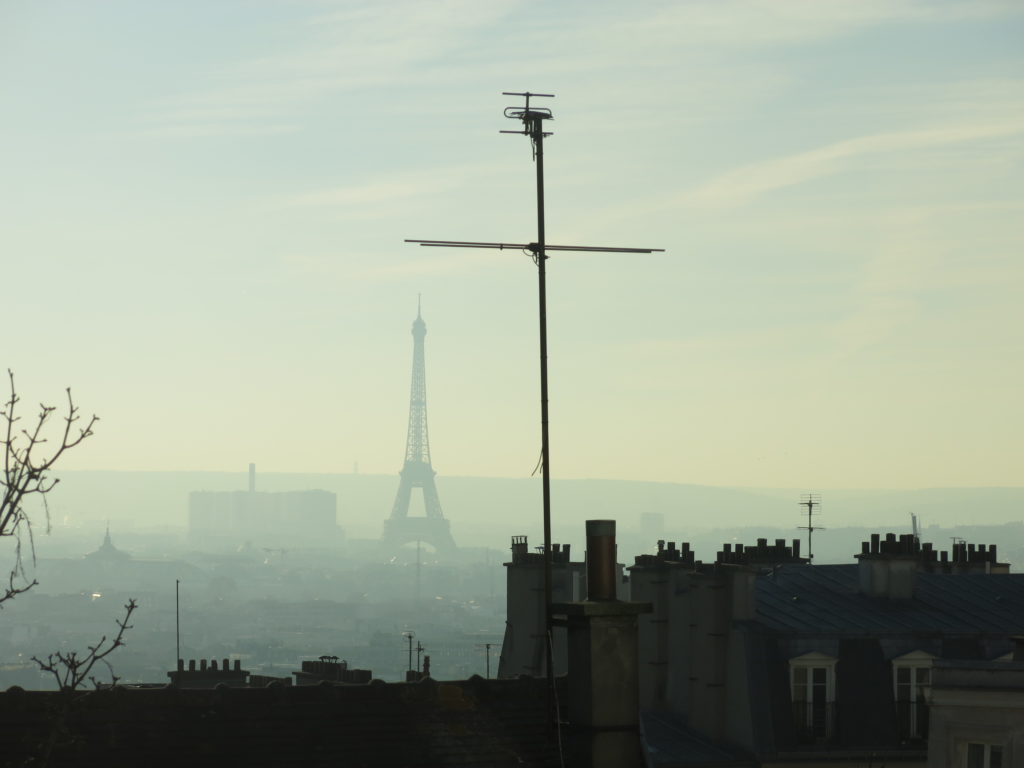 The candidates are then divided into four categories, based on the data available on atmospheric measurements and their intrinsic danger.

Category 1 includes substances that present potential health risks. Then there are categories 2a and 2b for candidates on which more data must be acquired from air measurements and studies on health impacts. Non-priority substances – with concentrations in the ambient air and health effects that do not reveal any health risks – are placed in category 3.

Certain exceptional candidates were reclassified, such as ultrafine particles (with diameters of less than 0,1 µm) and carbon soot, due to their potential health impacts on the population.

Finally, the experts prioritised the identified pollutants in category 1 to select the indisputable winner of this unusual beauty contest.

And the winner is…

Gas 1,3-Butadiene ranked number one out of the 13 new air pollutants to monitor, according to ANSES. It is followed by ultrafine particles and carbon soot, for which increased monitoring is recommended.

1,3-Butadiene is a toxic gas that originates from several combustion sources including exhaust-pipe emissions from motor vehicles, heating, and industrial activities (plastic and rubber). Several temporary measurement campaigns in France revealed that the pollutant frequently exceeded its toxicological reference value (TRV)–a value that establishes a relationship between a dose and the effect.

Its top spot on the podium comes as no surprise: it had already won a trophy in the United Kingdom and Hungary, two countries that have reference values for its concentration in the air. In addition, the International Agency for Research on Cancer (IARC) classified 1,3-butadiene as a known carcinogen for humans as early as 2012.

As for the ten other pollutants on the ANSES list, increased monitoring is recommended. These ten pollutants, with exceedances in TRV observed in specific (especially industrial) contexts are, in decreasing order of risk, manganese, hydrogen sulfide, acrylonitrile, 1,1,2-trichloroethane, copper, trichloroethylene, vanadium, cobalt, antimony and naphthalene.

This selection is the first step toward 1,3-butadiene being added to a list of substances that are currently regulated in France. If the French government forwards this proposal to the European Commission, by the end of 2019 it could be included in the ongoing revision of the 2008 directive on monitoring air quality.

Since this classification method is adaptive, there is a good chance that new competitions will be organised in the coming years to identify other candidates.