The City of London Corporation has confirmed it has been awarded £1m to deliver projects to improve air quality across London.

The funding comes from London mayor Sadiq Khan’s Air Quality Fund and will be used to deliver joint projects with the London Borough of Camden and the Cross River Partnership.

Projects set to benefit include a pan-London action project on idling vehicles and a marine vessel retrofitting project, which will receive £500,000 each.

Jeremy Simons, chair of the City of London Corporation’s Environmental Services Committee, said: ‘With support from the Mayor of London, these projects demonstrate organisations across the capital working together to tackle this public health crisis.

‘Much of central London and the Square Mile experiences higher levels of air pollution than the rest of the UK. This summer, we will be finalising our new air quality strategy which will strengthen our collaboration and partnerships with organisations across London. We must continue to protect the public’s fundamental right to live in a clean and safe environment.’ 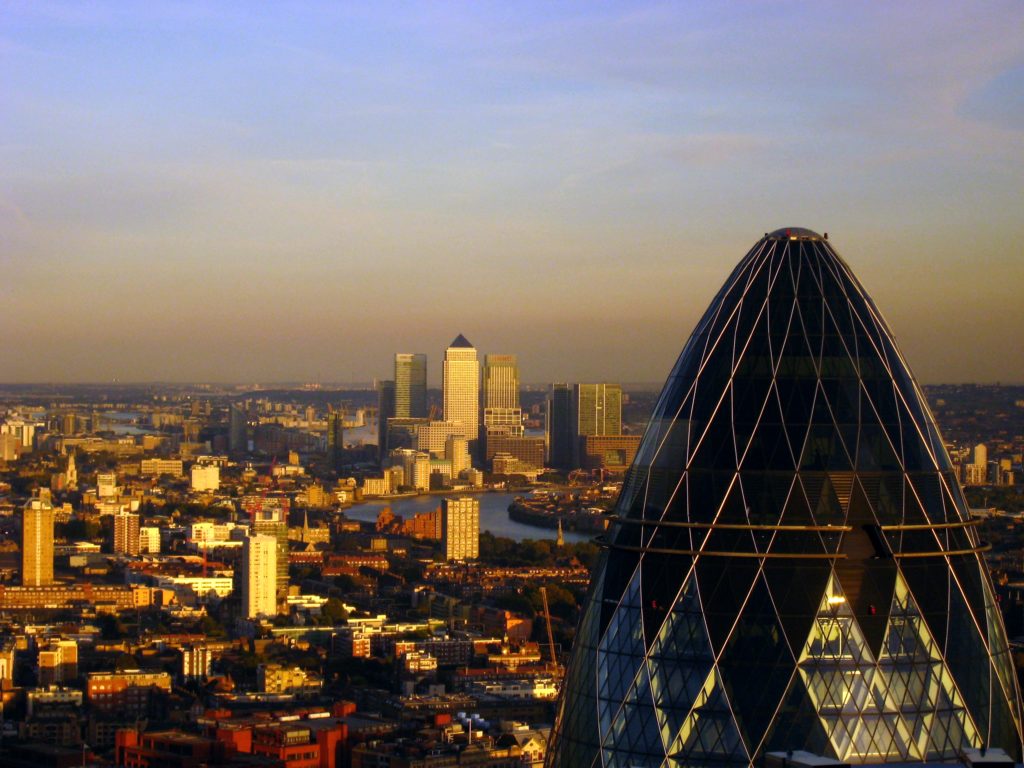 The Gherkin in the City of London. Credit: Harshil Shah (CC BY-SA 2.0)

The Pan London Idling Action Project, which is in partnership with Camden Council, will aim to discourage drivers from leaving their engines on while parked.

28 London boroughs are expected to participate in the project, which will see a London-wide advertising campaign, volunteer-led action days, anti-idling workshops delivered in schools and training to companies and fleet managers about air pollution.

The City Corporation will also work with the Cross River Partnership to deliver the Clean Air Thames project, which will see the retrofitting of 11 passenger and vehicles operating on the River Thames.

It is estimated that the retrofitting will reduce nitrogen dioxide emissions by the vessels by up to 90% and 85% in particulate matter.

Cllr Adam Harrison, cabinet member for a Sustainable Camden, said the council was ‘excited’ to be leading the Pan London Idling Action Project with the City of London Corporation.

Cllr Harrison said: ‘Air pollution is a London-wide issue and this project will enable us to work together with the 25 other participating London boroughs to combat engine idling through education and enforcement.

‘We know that it can take time to change behaviour, but this project aims to speed up action across London by raising awareness about the significant health impacts of engine idling. Everyone can make a difference to the air we breathe,’ he added.

The above projects were just two of 16 projects to benefit from the final round of Khan’s £22m Air Quality Fund, which aims to support projects to improve London’s air quality.

The headline announcement from the final round of funding was that four brand new Low Emission Neighbourhoods (LENs) will be established in Hackney, Dagenham, Southwark and Camden, raising London’s total number of LENs to nine.