BMW has unveiled its first all-electric Mini, which will be built in Oxford.

Manufacturing is expected to begin later this year with the first deliveries taken next Spring. The car will cost £24,400 after the government’s Plug-in Car Grant has been applied and BMW says 15,000 people have expressed an interest in purchasing it.

The original Mini, designed by Sir Alec Issigonis, was built in Oxford during the summer of 1959 and became an iconic UK brand. In 1969 its status was cemented after being featured heavily in the 1969 film The Italian Job.

David George, director of Mini in the UK, believes the EV model could be a ‘tipping point’ for those who have been thinking about choosing an electric car.

‘We aim to introduce a whole new group of drivers in the UK to the fun and cost savings of electric driving, in a way only Mini can,’ he said.

‘Now our customers can have everything they love about Mini, but with all the advantages of an electric car – lower environmental impact and running costs and they never have to visit a petrol station again’. 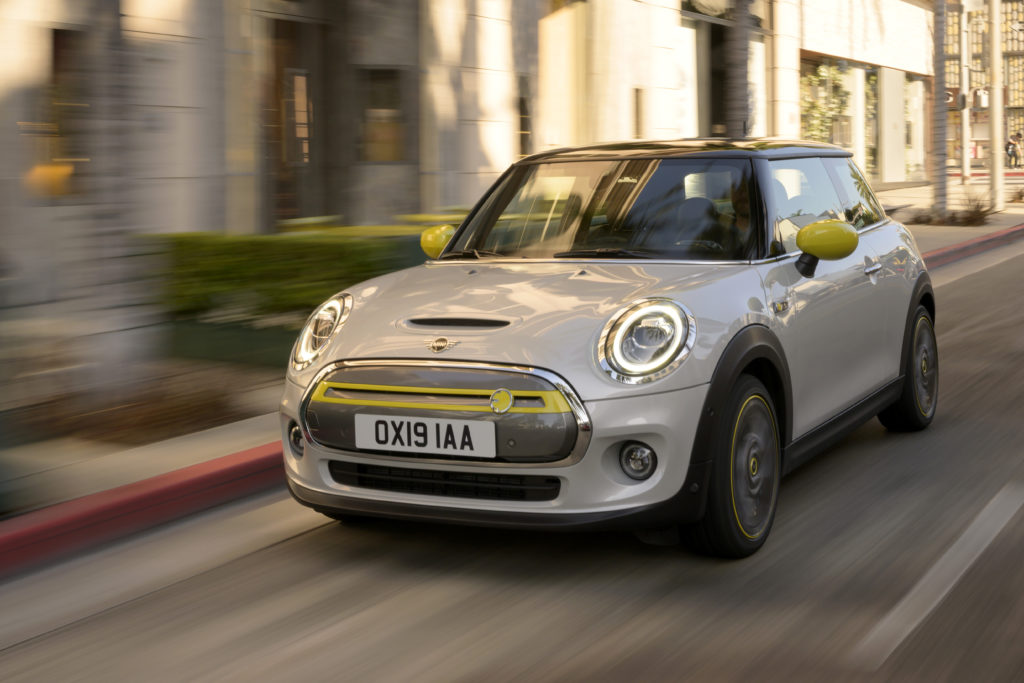 The battery pack for the new vehicle has 12 modules of lithium-ion cells arranged in a T-shaped unit in the vehicle floor between the front seats and below the rear seats, providing a battery capacity of 32.6 kWh which is claimed has a range of 235 to 270 kilometres.

The motor is the latest version of the electric motor developed by the BMW Group and provides a maximum output of 184 HP and a maximum torque of 270 Nm. As a result, the car accelerates to 62mph in just 7.3 seconds with top speed limited to 93mph.

On Monday, Jaguar Land Rover announced they will build the all-electric Jaguar XJ at its manufacturing plant in Castle Bromwich, securing 2,700 jobs.

It was also recently announced that Jaguar Land Rover and BMW Group will work together to develop next-generation Electric Drive Units (EDUs) for EVs.

To save money, the carmakers will use joint procurement across the supply chain and share research and development at BMW’s HQ in Munich, with staff tasked with further developing the Gen 5 power units.

The EDUs will be manufactured by each partner in their own factories. For Jaguar Land Rover this will be at its Wolverhampton-based Engine Manufacturing Centre (EMC), which was confirmed as the home for the company’s global EDU production in January of this year.