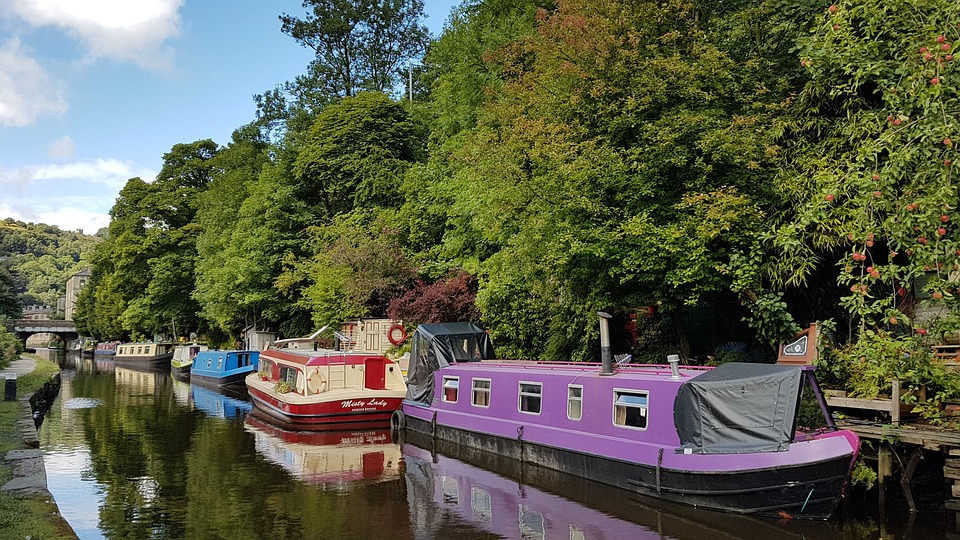 Calderdale in West Yorkshire, with its lush green hills and picture-perfect towns like Hebden Bridge, might not sound like an obvious home to the toxic threat of air pollution.

However, the council has eight Air Quality Management Areas (AQMAs) and big challenges ahead as they attempt to reduce Nitrogen Dioxide (NO2) levels.

AirQualityNews spoke to Paul Butcher, director of public health at Calderdale Council, to find out what they are doing to improve air quality.

What are the key challenges to improve air quality in Calderdale?

We have some key routes that get clogged up with traffic. We also have a problem when traffic gets diverted on the M62 into a couple of our areas which then become air quality hotspots.

We do local mitigation for air pollution but then something like that happens and we’re impacted by national infrastructure.

Traffic here is not always generated in Calderdale, either. Lots are travelling through to get somewhere else. That’s a challenge for us.

There’s also a belief that car drivers are immune from air pollution. We’re trying to get that message across and have created quite a hard-hitting campaign.

Why does Calderdale have eight Air Quality Management Action areas (AQMAs) and what are you doing to reduce this number?

There’s an issue there.

There’s been a stabilising and slight drop-off in some areas but it’s not sufficient to say, we’ve sorted it.

My view is the air quality agenda has ratcheted up over the past couple of years, where before, there wasn’t as much attention or work done in the community around transport and everything that can be done.

Do people need their cars in Calderdale?

20% don’t have access to a car so sometimes we can be a bit myopic about this and people can forget about them.

Clearly, it’s how easy we make alternatives. Bus service routes is an issue. There also has to be something we can do about single-occupancy drivers.

When tackling the climate emergency we’ve come far in the last five to ten years on fossil fuels but what hasn’t changed is transport.

If we’re going to get net zero carbon by 2050 we’ve got to do something about transport, there’s no doubt about that.

Have local bus services in Calderdale been impacted by cuts?

Yes, but it’s about encouraging bus companies to take advantage of the new technology, too.

Through the West Yorkshire Combined Authority (WYCA) we stress the importance of improving fleets.

Another way of improving air quality is through our planning processes. Are we ensuring we are doing things to mitigate any increase in traffic?

This is true, but Calderdale has received criticism on air quality grounds for allowing a major housing development in Brighouse to go ahead.

There’s anxiety around that and what it will do for air quality.

But as a relatively small metropolitan borough council, you’ve got to rely on residents themselves and we’ve got to have help at a national level and hope there’s nothing going on that undermines improvements.

Your neighbours in Leeds will soon implement a Clean Air Zone. How will this affect Calderdale?

What we’re concerned about is if the old dirty fleets then come into Calderdale. Will there be unintended consequences? We’re doing our best to make sure that doesn’t happen.

The UK often has policies that conflict and we don’t often consider some of the consequences on other places.

National leadership does feel like it’s been brought kicking and screaming to the table on air quality, too, but the health of our people should be at the forefront of policy.

The Halifax Courier reported that Calderdale council struggled to agree on an air quality action plan. Why?

It’s now been confirmed. The challenge was how does the Local Plan fit with tackling air pollution.

There has also recently been a change in council profile. There is a Labour majority now and some independents. We added some things around woodburning and strengthened some of our monitoring and targeting.

We were also trying to get partners on board such as the NHS.

They contribute 3% or so nationally to air pollution. What does that equate to in terms of premature deaths that the NHS is responsible for?

Woodburning is also a concern. That’s another aspect of our campaign. We’re only just starting to understand the whole agriculture process and air quality, as well.

These things were there before but they weren’t been monitored and studied like they are now. We have increasing evidence now.

Anything we do that’s good for the climate is also good for our health.