South Korean carmaker Hyundai has unveiled a car that features a solar roof charging system that charges during driving.

The solar roof system includes a structure of silicon solar panels that are mounted on the car’s roof. Hyundai says the system can charge 30% to 60% of the battery every day on 6 hours of charge.

Annually, it could increase drivers’ travel distance by an extra 1,300 km.

The system is composed of a solar panel and a controller and electricity is produced when solar energy activates the solar panel’s surface, which converts this energy by using photons of light from the sun. This creates the electron-hole pairs in silicon cells, which generate solar electricity.

The electricity from this process is converted to the standard voltage by the controller, then stored in the battery.

Hyundai says they plan to roll out the technology to other vehicles in the coming years. 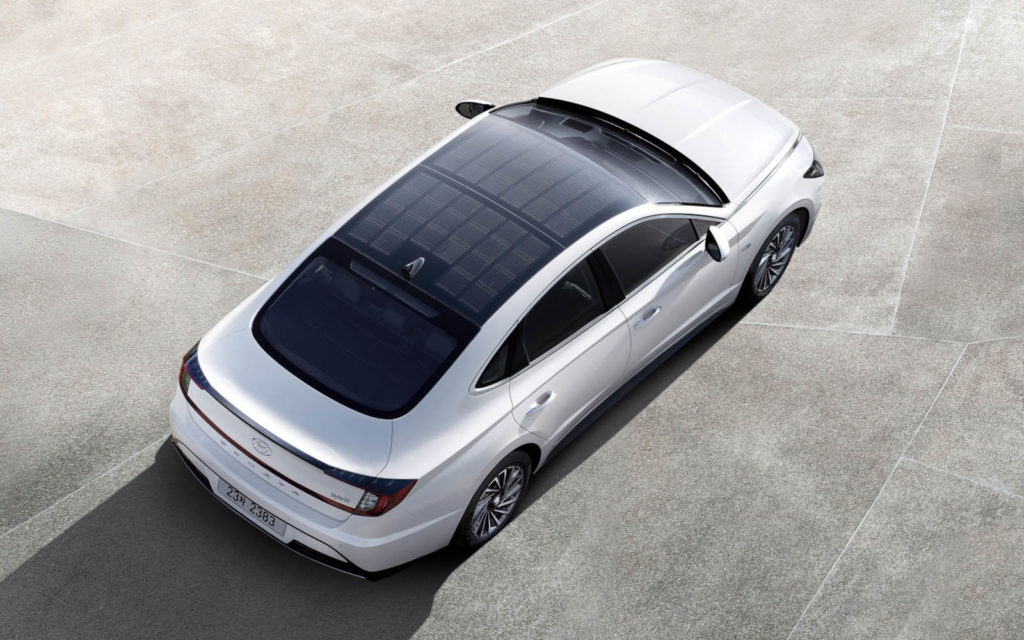 ‘The technology allows our customers to actively tackle emissions issue. We are striving to further expand the application of the technology beyond eco-friendly vehicle line up to vehicles with internal combustion engine.’

With the UK’s transition to EVs to gather pace during the 2020s, concerns have been raised about how the National Grid will cope with the extra supply needed to charge the vehicles.

Global electricity consumption from EVs is estimated to grow to 1,800TWh by 2040 – that’s roughly five times the current annual electricity use of UK.

Read Parakram Pyakurel from Solent University’s Conversation article about how the UK needs a clean energy ‘overhaul’ to meet the coming demand.