Manchester City Council has defended plans to create a temporary 440-space car park in the city centre, which campaigners say will increase traffic and air pollution.

The 10.5-acre lot on Great Ancoats Street was formerly a shopping centre before being demolished in 2017. Since then, the council has been using it as a free car park.

Manchester City Council wants to start charging motorists, which the Manchester Evening News reports will generate millions of pounds for the authority.

The site could be used as a car park for several years whilst the council develops commercial or residential plans for the site.

Manchester City Council says the eventual development will be zero carbon by 2028 and will also include ‘high-quality green space.’

Friends of the Earth, who are behind a petition to stop the plans, say if the car park is built there will be around 1,000 extra cars moving in and out of Great Ancoats Street. 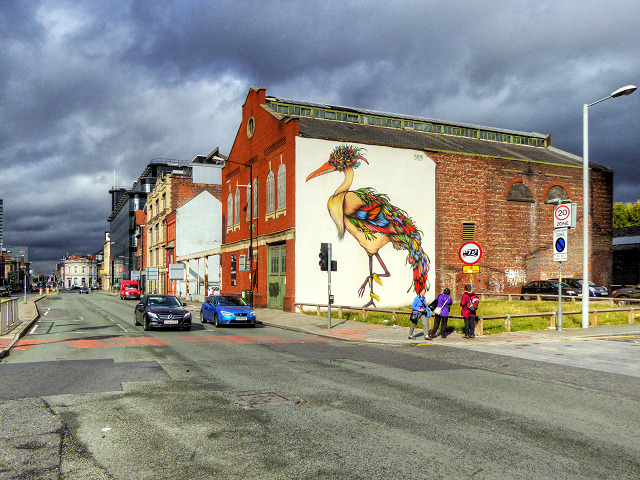 ‘This will increase pollution in a city with appalling childhood asthma rates and one which consistently ranks amongst cities with the worst air quality in Europe. The site is also right next to a primary school,’ they added.

Friends of the Earth also say planning for a car park is contrary to the city council’s own ‘Climate Emergency’ pledge made last month.

The planning application is due to go before Manchester City Council Planning Committee on August 22.

A Manchester City Council released a statement to AirQualityNews which says: ‘This use for parking was agreed by the council at the time we agreed to buy the site both on an interim basis, to generate income to meet the revenue costs of the acquisition and site holding costs, and to alleviate parking problems in nearby residential neighbourhoods.

‘This proposal will not generate more traffic and is aimed at managing existing traffic in a better way.

‘Having parking immediately adjacent to the inner relief road will reduce the amount of traffic penetrating both the city centre and residential streets to the north, with a positive impact on emissions and air quality.’