A robot that delivers plant-based milk to households has launched in Milton Keynes on Tuesday (November 12).

Plenish, a dairy-free milk company has announced that as of Tuesday the autonomous robots will be able to deliver milk to customers in the town.

Customers can use their smartphone to schedule for the milk to be delivered to their front door.

The robots move at around four miles per hour and can navigate obstacles, including stopping at a road and then crossing it when it is clear.

When the robot arrives at the scheduled destination the package can be opened through the delivery app. 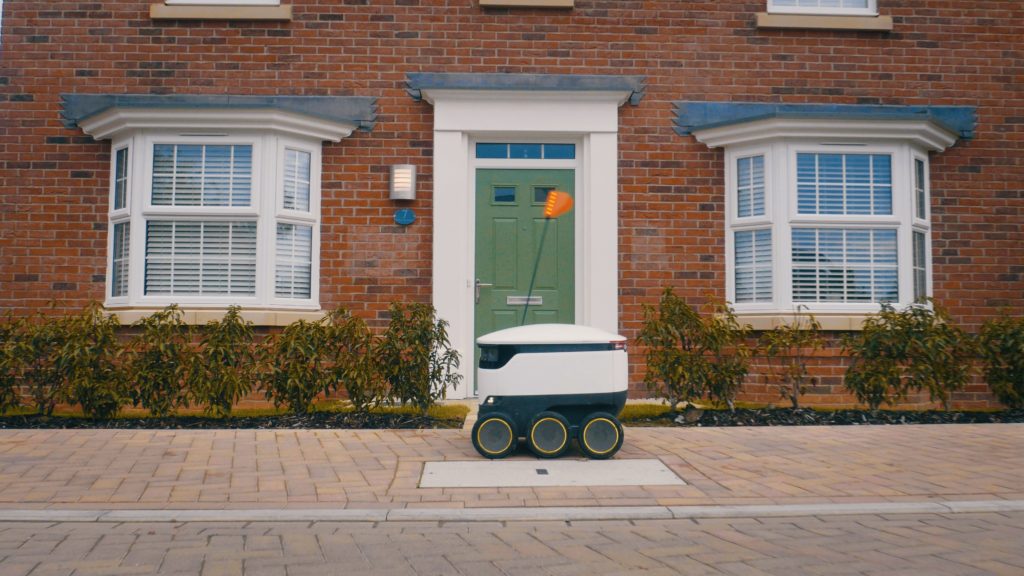 According to Plenish, the scheme will not only save customers a journey to the shop but it will also help to reduce emissions because the robots are powered by eco-friendly batteries.

Plenish note that more than half of British car journeys are less than two miles and that modern cars produce twice as much carbon emissions in the first five minutes of a journey, therefore nipping out for a pint of milk can be particularly damaging to the environment.

Moreover, the production of dairy milk also takes a huge toll on the planet, according to environmental scientist Joseph Poore from the University of Oxford, the emissions of plant-based milk is up to 70% less than ordinary dairy milk.

Dietician Helen Bond said: ‘Numerous studies are backing up what Mother Nature has long known: that plant-based foods are powerful allies in the battle for a healthier you, and a healthier environment.’

‘More and more of us are making the switch to plant-based dairy alternatives.’

Kara Rosen, founder of Plenish said: ‘We are a future-conscious brand which is always looking to innovate.’

‘Through our new Enriched range, Plenish has created the milk of the future, so what better way to deliver it than through a robot milk round.’

‘Our brand ethos is all about healthy you, a healthy planet, and this is the embodiment of that.’

Earlier this year, Environment Journal interviewed Julian Crib about his book Food and War that discusses the role of food in the climate crisis.