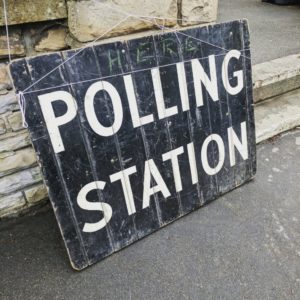 Public Health England calls it the largest environmental risk to health in the UK, but air pollution has been pretty absent from the general election noise.

As Dr Gary Fuller pointed out when he spoke at the Air Quality News Conference two weeks ago, the truth is that measures to curb air pollution are not seen as politically palatable.

Strategists still calculate that attempts to get motorists out of their polluting cars don’t ‘play well’ with many voters, and this has been reflected in the manifestos of the Conservatives, Labour and the Liberal Democrats, with a couple of exceptions.

And outside of transport, there is nothing in the three manifestos on how to reduce air pollution from sources such as agriculture or wood-burning.

In the Conservative’s breezy 61-page document, there is a repeat of their Environment Bill fudge, which promised to set a target date for implementing the World Health Organisation (WHO) PM2.5 guideline into UK law. However, it could be 2022 before they do this, disappointing many.

The Tories have gone backwards on air quality since Michael Gove’s last speech as Defra Secretary in July when he promised legally binding targets as part of the long-awaited bill. His replacement Therese Villiers has kept a suspiciously low profile, only popping up to deliver the Bill in the House of Commons last month.

There are familiar but still welcome pledges to invest a billion into electric vehicle charging and they will consult on moving forward the phase-out date for petrol and diesel forward from 2040. However, their promise to give city regions the funding to upgrade their public transport so it’s ‘as good as London’ will have been met with some cynicism in the north, who have seen rail services become a (late) running joke over the past decade of Tory power.

These promises are dwarfed by a gigantic £28.8bn investment into roads, which perhaps tells us where their priorities are right now.

Labour’s 107-page manifesto hopes to out-green the Green Party, taking its cues from the Alexandria Ocasio-Cortez-backed ‘Green New Deal‘ bill in the U.S, that has reverberated around the world since it was launched earlier this year.

Labour states that the Conservatives’ air-quality measures are ‘so inadequate they have been found to be illegal.’

True, but for those with short memories, or perhaps younger voters, they were also illegal under a Labour government.

Labour says they will introduce a new Clean Air Act with vehicle scrappage schemes and CAZs across the country. They’ll also enshrine WHO guidelines for PM2.5 and NO2 in UK law.

It’s promising stuff and will be music to the ears of local authority leaders who have consistently asked the government for more resources to tackle the problem.

But Labour doesn’t mention how much any of this will cost.

The Lib Dems manifesto includes a combative attack on the Conservatives’ record on air quality.

‘They have repeatedly flouted EU limits on air pollution,’ it reads, hoping voters have forgotten that they were in government from 2010 until 2015.

Like Labour, the Lib Dems will introduce a Clean Air Act to enshrine clean air as a human right. Intriguingly, they will also introduce a new ‘Air Quality Agency’, but include no more details on how this will operate.

This has been an unusual election and Brexit has dominated the debate. But when (and if) the UK finally leaves the European Union, air pollution will still be here. The three manifestos offer glimpses into how the UK might overcome the problem, albeit timidly.