With Clean Air Zones (CAZs) coming to several UK cities this year, Euro 6 standards for trucks might not be the silver bullet for air quality that local authorities expect, writes Colin Matthews from JouleVert. 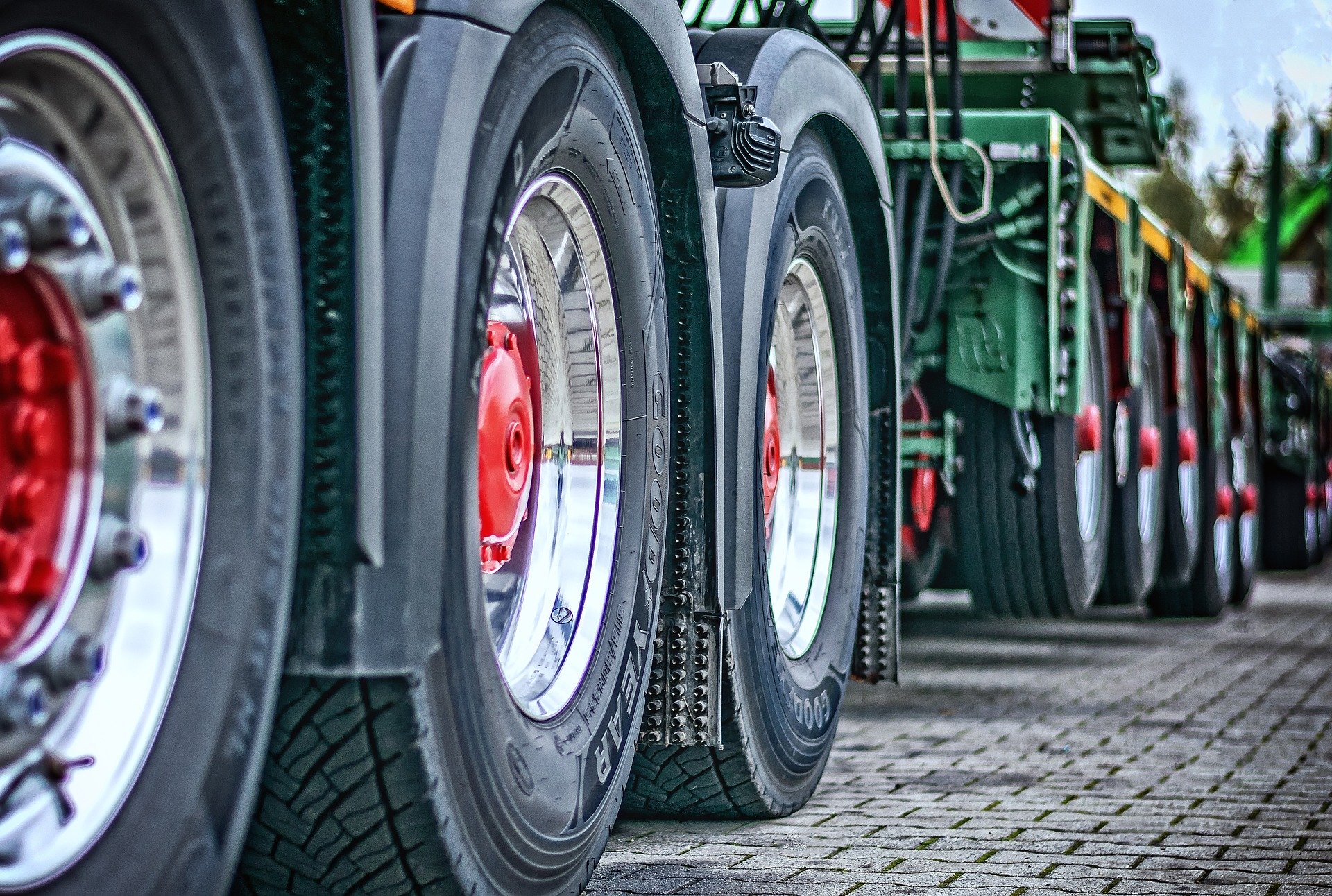 It is important that as we all work towards reducing carbon emissions and, equally importantly, improve air quality that we understand how emissions are produced from internal combustion engines.

This understanding will enable us to avert unintended consequences from occurring from a lack of full clarity and allow local council air quality managers to develop well thought out strategies to deliver clean air for their local residents in their city centres.

It is coming to light that there may be a missing piece of the jigsaw in relation to how diesel trucks operate specifically in city centres (which is where we have the air quality issues predominantly). However first let me be clear on one thing – manufacturers are making emission compliant trucks, there is no ‘fudging’ going on. The problem is that the emissions testing regime used for approving truck engines does not have an element which clearly shows up their performance in city centres. Let me explain.

Truck engines are tested in what is called ‘engine out’ mode. Unlike cars and Vans that are tested as a fully finished vehicle, trucks have a huge variety in their finished set up with different gearboxes, varying differential ratios, number of axles and tyre sizes which mean a ‘standard’ truck doesn’t really exist.

As a result, this means the testing is done with the engine sitting on a dynamometer on its own – no gearbox, driveshaft, rear differentials or tyre resistance. A varying load is placed on the clutch to simulate differing weights to put stress on the engine. The engine is then ‘driven’ over various simulated drive cycles and the emissions are measured and then an average taken.

Truck emission standards are set in grammes per kilowatt-hour (g/kWh) and depending on the size of the engine the allowable total grammes of pollutants will vary as the kWh (engine bhp power) of the engine increases. This is both logical and fair. A large articulated truck with 500bhp (372kWh) cannot be expected to have the same level of pollutants as a 7.5te with 150bhp (111kWh). They do however have the same limit per kWh of emissions for each measured pollutant.

The problem arises in that the averaging hides the performance at slow speeds and with low loads. The test cycle doesn’t really show the true effects on the vehicle’s emissions that would occur in a specific city centre operation.

Hope is at hand though as in the recently conducted Low Emission Freight Testing (LEFT) programme there was a real-life slow-speed city centre cycle used to understand the overall nature of emissions in this critical area. Overall performance is still averaged out over the total mileage covered which includes A roads, dual carriageways and motorways and this does tend to mask what is happening. In addition, the testing was only done with the truck 60% loaded.

When you consider how a truck will deliver goods to a city centre it invariably comes in partially loaded and leaves empty (rarely picking up any backload in the city centre itself). What effect does this have then on real-life emissions? The way SCR exhausts work is that they need a specific high exhaust temperature to ‘light off’ the catalytic reaction to convert the NOx with the Urea (AdBlue) that is added.

This is achieved by putting the engine under load – imagine yourself pulling some heavy weights across the gym floor and what that would do to your body temperature and effort. However, if there is a low level of weight or and empty truck this does not occur and the SCR system does not perform as it should, resulting in excess NOx coming out of the exhaust right where we don’t want it to. At higher speeds and empty the effect is not as marked but low speeds and empty trucks result in excess NOx.

This was shown clearly in testing conducted at Millbrook Proving Ground with a 16te Euro 6 diesel truck. Testing was carried out across the LEFT programme cycles at payloads of 0% (9te), 60% (11.5te) and 100% (16te). The results are reported as emissions in grammes per kilometre (g/km) in real live tests so how do we correlate that to grammes per kilowatt-hour? The answer is in the knowledge of the amount of fuel consumed which gives us an “energy in” figure and knowing the typical energy conversion of a modern diesel engine (40%). Using these with the kWh engine rating gives you a commensurate g/km level for a Euro 6 truck of that kWh rating. Clearly the fuel used is lower when unladen that when laden and thus the “allowable” NOx changes accordingly.

So what did we see.

Each cycle was repeated twice to give three readings across unladen (U/L), 60% and Fully laden (Full). The graph below makes painful reading as the excess NOx emitted ranges from twice to 5 times the allowable limit in this specific city centre drive cycle. 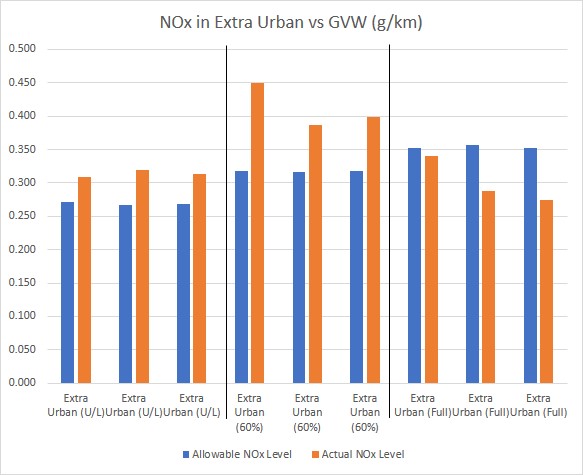 Compare this to how the engines perform in dual carriageway/motorway cycles and the evidence is clear to be seen, closer to compliance at lighter loads and in compliance when fully laden.

What does this mean for Clean Air Zones? The evidence needs further validation but does make sense. The LEFT programme did measure base Euro 6 diesels at 60% laden (only) so there is more data to be revealed – hopefully it will be segregated in their report and not hidden from air quality managers.

If you are pinning your colours on a Euro 6 diesel truck in a CAZ delivering the NOx improvements needed, then I fear you may be very disappointed. Better to know now though.

Gaseous fuelled trucks, whilst using slightly more fuel in a city centre drive cycle, do not produce the same level of NOx as diesel trucks so should be better. In addition, electric trucks running from a consolidation centre provide a short-range solution and gaseous fuelled range extenders with electric-only city centre ring-fencing could provide the longer haul economic solutions for RDCs delivering to City centres from further afield.

What we need is stronger incentives from government for these alternatives and then for OEMs to get on board with these options sooner rather than later.

Meantime we need to push for better understanding around this issue and clarity on the resulting effects. We have brilliant engineers in this country who, given the correct accurate information, can develop robust (non-cheatable) solutions that are pragmatic. Your help is needed to push for these solutions to be implemented.

Where can I get a copy of the report?

Hi there this story refers to “the graph below” in terms of NOx outputs by payload; I can’t see it? Thanks James