HGV’s currently account for 4.2% of the UK’s carbon emissions and are a major contributor to air pollution.

The new re-fuelling hubs in Warrington and Northampton are capable of refuelling over 1,000 HGV’s per day.

CNG Fuels have said that using biomethane has saved 55,000 tonnes of CO2 from entering the atmosphere since 2017 and with major brands such as John Lewis, Home Bargains and the parcel company Hermes adding biomethane vehicles to their fleet this figure is set to increase by 90,000 tonnes by the end of 2020.

CNG currently sources their biomethane from waste feedstock which has been approved under the Department of Transport’s Renewable Transport Fuel Obligation scheme. 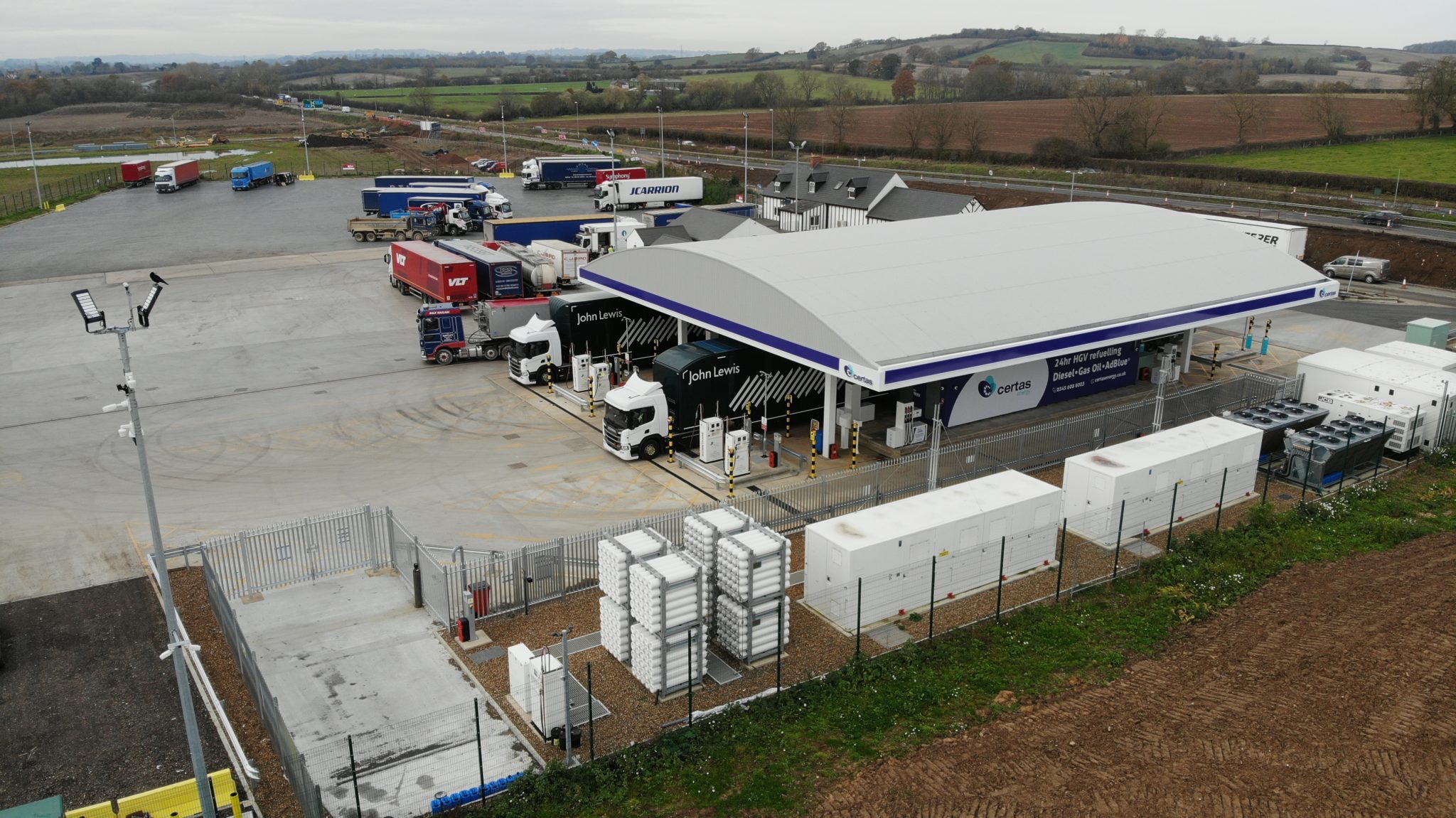 Philip Fjeld, CEO of CNG Fuels, said: ‘We’re at a tipping point. Fleet operators are waking up to the urgency and scale of decarbonisation necessary for net-zero emissions by 2050 and we’re seeing demand for our fuel increase rapidly as a result.

‘Our customers ordered hundreds of new biomethane fuelled trucks in 2019 and that trend is only set to accelerate over the next decade.

‘We’re making the transition to carbon neutrality easier for fleet operators by developing a nationwide network of public access biomethane stations on major trucking routes and at key logistics hubs.’

Mervyn McIntyre, head of network fleet & vehicle compliance at Hermes said: ‘We’re proud of our move towards a more sustainable future as the first parcel carrier to invest in biofuels for our first-mile fleet.

‘This will ultimately benefit people across the UK as we all look to reduce our carbon footprint.

‘We’re delighted in the choice of Warrington as a location for a refuelling station, which will improve the efficiency of our network and allow us to run additional routes using biomethane fuelled vehicles.’