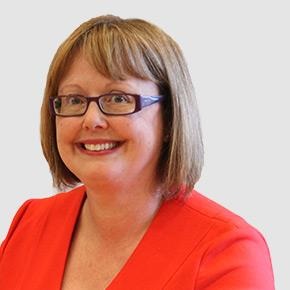 In the past, important legislation on environmental issues has originated from or been heavily influenced by EU law. For example, the EU Landfill Directive and Waste Framework Directive were significant in developing the approach to waste management in the European Union, including the UK.

High profile challenges from organisations such as ClientEarth over the lack of adequate air quality plans and the rights of citizens to challenge these have been brought by reference to EU directives on air quality.

However, there should not be a drop in environmental standards because the UK has left the EU.

The UK Government’s White Paper on the future relationship between the UK and the EU, which was published in 2018, committed to maintaining high standards in environmental law through non-regression and this commitment is being progressed through legislation.

In the area of air quality, the Bill proposes changes to UK legislation to strengthen and clarify requirements relating to the National Air Quality Strategy, local air quality action plans and enforcement of smoke control areas.

Some environmental law which originated in European legislation has been implemented through national legislation and statutory instruments have been made to correct any deficiencies which would otherwise have arisen as a result of the UK leaving the EU.

There are pieces of existing legislation in the UK which give significant recognition to the importance of air quality and other environmental protection issues.

These include the Climate Change Act 2008, the Natural Environment and Rural Communities Act 2006 and the Environmental Protection Act 1990.

It would be possible for legislation to be amended or repealed but developments such as proposals for a UK wide emissions trading system, designed by the UK Government, jointly with the Welsh Government, Scottish Government, and Northern Ireland Executive, to replace the EU system, and steps such as declarations by local authorities of climate change emergencies, with associated action plans, suggests that environmental issues will continue to be prominent in the UK.

The effect of devolution could mean that different areas of the UK could have different types and levels of protection for the environment if devolved administrations progress legislation with a different pace and focus from those of the UK Government.

In Wales for example, the Well-being of Future Generations (Wales) Act 2015 has imposed a duty on public bodies to carry out sustainable development and established a sustainable development principle that public bodies must act in a manner which seeks to ensure that the needs of the present are met without compromising the ability of future generations to meet their own needs.

It is possible that without the common obligations imposed through European legislation, the devolved administrations might pursue different approaches and divergence might increase in this as in other areas of law.

However, given the general recognition and public interest in the UK of the importance of air quality and other environmental protection issues, it would be hoped that there will be some consistency, at least as to the extent to which legislation and government policy will address such issues.

In practice, the introduction and maintenance of legislation relating to environmental protection may be affected as much by pressure on Parliamentary time and resources as by the lessening of the influence of the European Union.

The environment is important but it has to compete with other important issues including, in the context of the continuing coronavirus pandemic, the need to protect health and safety. This is a scenario which is being played out all across Europe.

Those responsible for making and implementing legislation have challenging roles in addressing important issues and establishing priorities. It is important for them to ensure that appropriate attention is given to environmental issues.

This article first appeared in the October Air Quality News magazine which is available to view here.