What will the future of public transport look like

The major projects being planned today, such as the UK’s HS2 high-speed rail network, aren’t fundamentally different from what’s been built over the last 30 years.

The likes of HS2 can deliver considerable improvements in network capacity but through incremental changes in conventional designs, from tracks to train bogies.

Yet while the rail sector is warily slow at introducing new technologies due to the long time it takes to plan and build new lines and vehicles, there are a number of technical innovations in development that, if adopted, could make the trains of tomorrow both faster and safer. 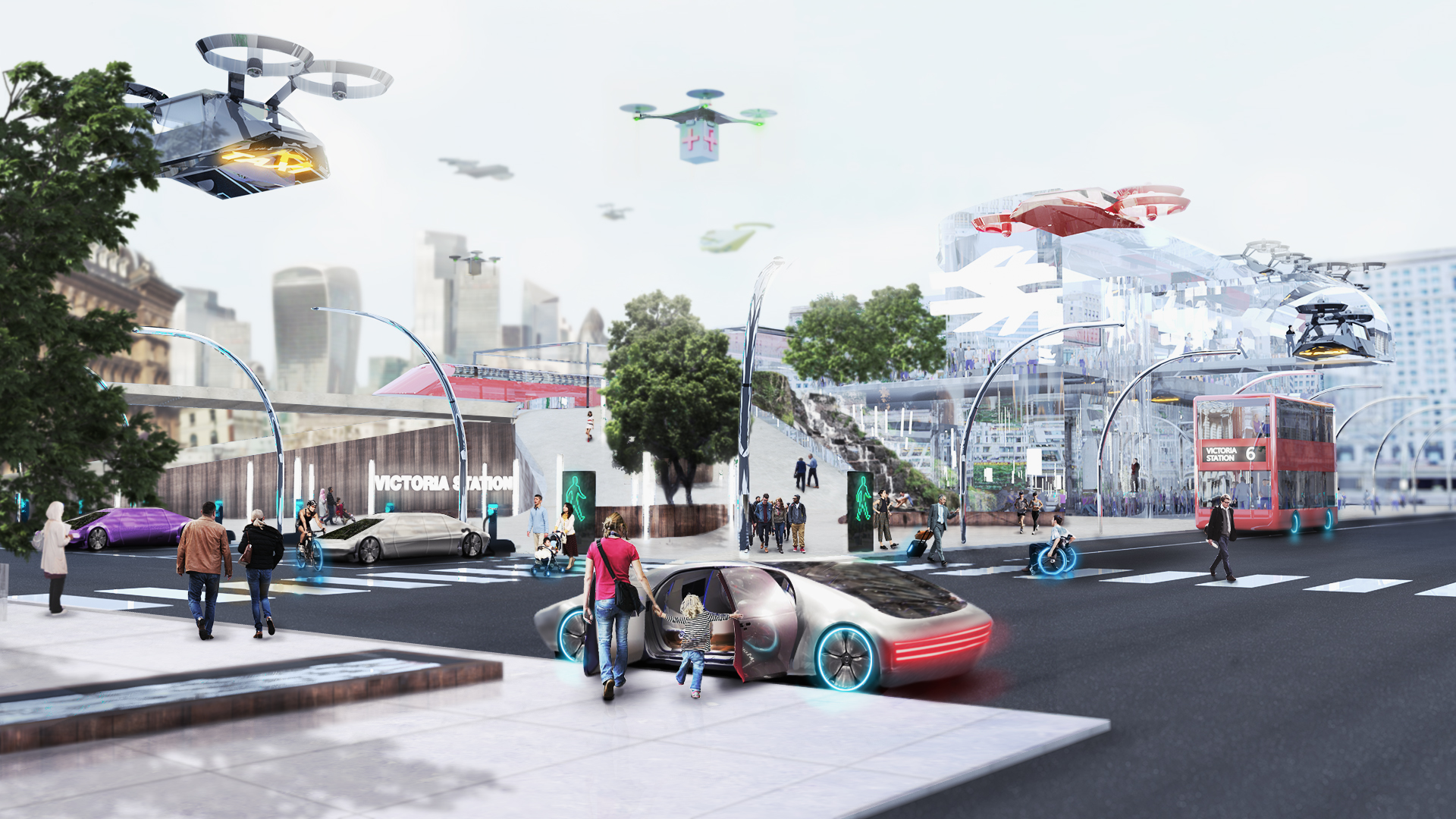 Switch or points failure is responsible for nearly 20% of the total delay experienced by passengers on UK railways. This occurs when there’s a problem with the mechanism that enables trains to move from one track to another at a junction. Despite the frequency of the problem, the technology used in these mechanisms has hardly changed since the first design nearly 200 years ago.

But a collaborative research project has explored radical alternative technologies. For example, one innovative design called Repoint has three independent motors that can lift and shift the rails, relying on gravity to lock them back into place and providing redundancy in case one or two of the motors fail.

This contrasts with existing switches that slide the rails sideways and can get stuck midway, so have costly additional layers of sensors and protocols to mitigate the risk. The next-generation “mechatronicâ€? switches aim to work faster, improve ease of maintenance and reduce the risk of failure through their backup motors.

Conventional suspension systems restrict a train’s speed as it travels on a curved track, limiting how many trains you can run on a route. These suspension systems essentially work like large springs, automatically changing the distance between the wheels and the carriage as the train travels over uneven ground to make the ride feel smoother.

Active suspension systems are now being developed which introduce new sensors, actuators and controllers to more precisely alter the distance between wheels and carriage. This offers improved ride comfort and enables the train to travel around curves with greater speed and stability. This can be combined with systems to actively tilt the train as it rounds the corner, offering increased benefits.

In a conventional wheelset, both wheels are interlocked and connected with a fixed axle, preventing any relative rotation between them. When a train enters a curve or a divergent route at a junction, it must slow down to ensure the wheels are guided over the track and to prevent unwanted vibration of the wheels.

Railway researchers are now developing independently rotating wheels to include a separate actuation mechanism that can help steer the wheelsets on the curved route.

High-speed electric trains need to maintain good contact with the overhead powerlines via the pantograph that sits on top of the vehicle. On the UK mainline, pantograph height usually varies by about 2m to secure the connection in different areas such as in tunnels, level crossings and bridges.

Researchers are starting to develop active pantographs that have their height and the induced vibration involved in power transfer controlled by an actuator. These active pantographs can improve the contact force and eliminate contact loss problems due to rapid changes in the overhead line height and other environmental disturbances (such as wind).

The number of trains that can run on a route (and so the capacity of the line) depends in part on the signalling system. Most railways use a fixed-block system, which divides the tracks into sections. Only one train at a time can be in each section so there has to be a significant gap between the trains.

But some railways are now starting to use a moving-block signalling system, which determines the necessary gap between trains based on the distance it takes for them to come to a stop in an emergency. But this gap could be reduced further if it’s based on real-time information about what the train in front is doing and where it will stop if it hits the brakes.

This is known as ‘virtual coupling’ and involves the two trains communicating information about their changing speed and brake activity so that they can decrease or increase the gap between them to the minimum necessary. With shorter gaps between them, more trains could run safely on a route, increasing overall network capacity.

With such innovations, we could introduce trains that are able to adapt to the changing characteristics of the line in order to maintain high speeds throughout most of the journey and avoid those annoying stop-start periods of travel. Widening and disrupting the boundaries of current railway designs in this way would enable us to create a next-generation network with a step-change in the performance that is fit for the 21st century – without any need for expensive levitating trains or vacuum tubes.