UK plans announced in 2020 add up to less than a quarter of the emissions cuts needed to achieve 2030 climate target, according to a new analysis.

The analysis by Green Alliance claims the government is yet to announce policy to achieve the 75% of emissions reductions still needed to achieve its 2030 climate target.

It argues additional policies are needed to close the gap include commitments to restore up to 60% of peatlands, raise energy efficiency standards for new homes and mandate car manufacturers to produce an increasing proportion of electric vehicles every year.

Green Alliance calculates that it will take an extra £22.7 billion every year on top of the £21 billion already committed until the end of this parliament in 2024.

Most of this is needed to speed up changes to the country’s transport system, as it is the sector with the highest emissions, to ensure low carbon transport, including walking and cycling, are more convenient and affordable across the country. Higher spending in other sectors, like nature restoration, sustainable farming and cleaner, greener buildings, will also be needed to bring emissions down fast enough.

‘The UK has set some great targets during 2020 about its intention to tackle climate change,’ said policy adviser, Jo Furtado. 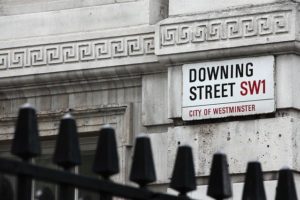 ‘As with all new year’s resolutions, however, there is a danger that bold intentions will swiftly dissipate. We’ll be looking for the government to move from ambition to action in 2021, with new policies to make hitting the targets possible. The UK has the longest history of producing carbon emissions in the world, it’s only right that we should be the country to lead the way out of the climate crisis over the next 10 years.’