Yes, we do need a major investment in UK roads but not quite as currently planned

Recently a London coroner reported there is a risk that future deaths could occur unless the World Health Organization (WHO) guidelines for fine particulate matter (PM2.5) pollution are enshrined in UK law.

This must be done without delay. But to eradicate health inequities and meet the WHO guidelines, city and national leaders need to transform urban road networks and provide cleaner ways for people to get around.

Transport is a key element because road vehicles remain a significant local source of PM2.5 in cities, particularly from tyres and brakes, and action can often be taken quickly.

Take London for example – the capital presently has 360 miles of legacy ‘Red Routes’ on which traffic flow is prioritised.

Introduced in the 1990s, this approach has largely remained untouched since, even as the city has grown, more housing has been built and pollution from diesel vehicles has soared. In 2019, there were 3.9 billion more miles driven on London’s roads than in 2009.

London’s Red Routes are clearly visible on a pollution map of London, with PM2.5 levels 35% higher than on other thoroughfares in the city. These elevated pollution levels can have devastating impacts on nearby communities, as emphasised by youth activists Choked Up and a new campaign from musician Love Ssega.

Our new discussion paper, in collaboration with Centric Lab, also highlights the many stressors and inequities that arise from living, working and going to school near major roads. We looked at how air pollution combines with other stressors such as road danger, noise and a lack of public transport accessibility to lead to an overwhelming and unequal burden on Londoners’ health.

Concerns about major roads in cities – like London’s Red Routes or Birmingham’s inner ring road – have been kicked into the long grass, and immediate action should be taken to make them significantly healthier and safer. Metro Mayors have the perfect opportunity to hit the ground running after elections this May. 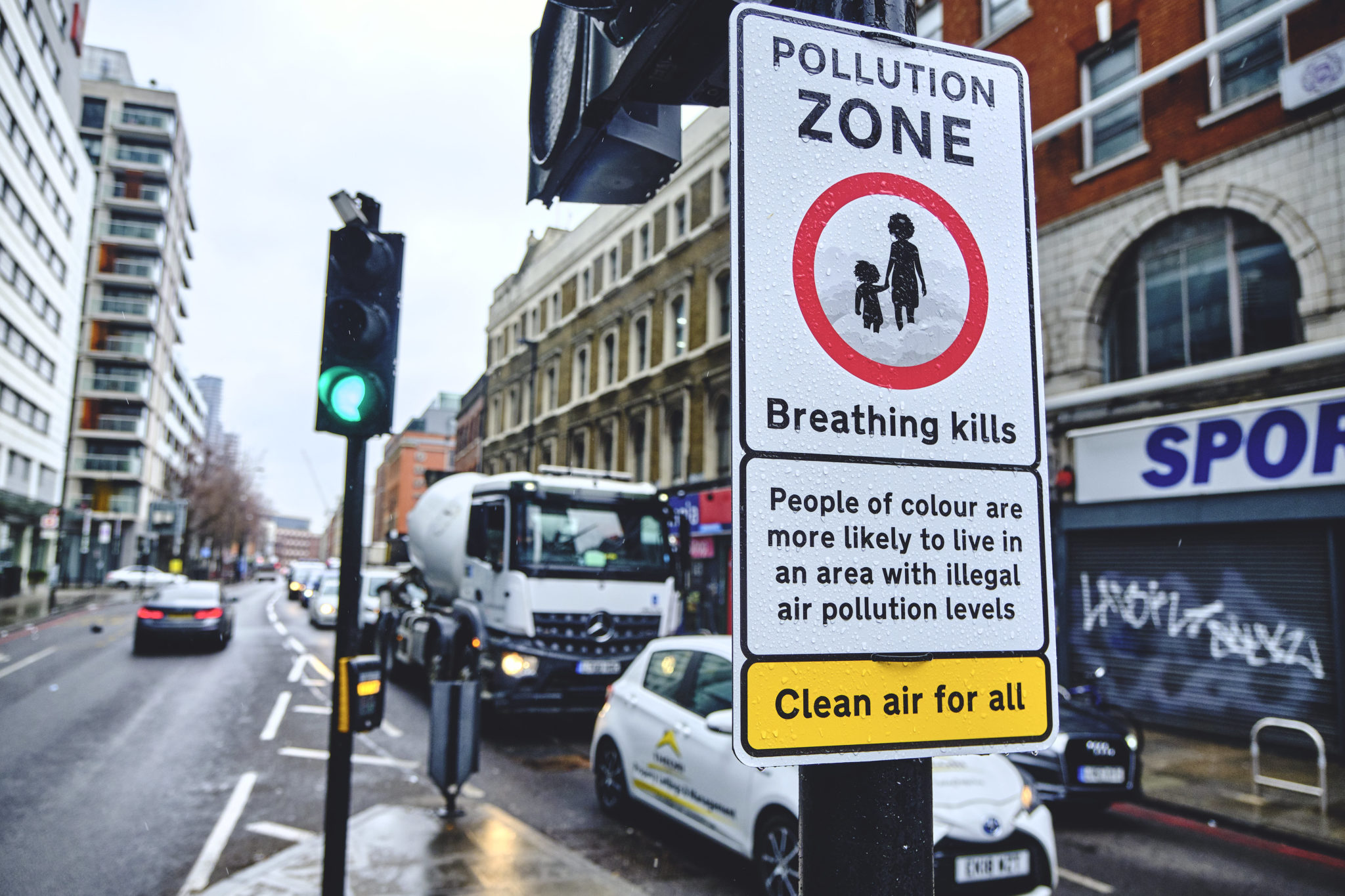 City leaders could take a number of actions in the short and medium-term, including:

· Undertake a data-rich healthy-streets check of the existing road network so that proposals can be developed to bring it in line with clean air and climate goals.

· Create freight consolidation centres on the outskirts of the city to reduce freight vehicles and associated pollution.

How do we fund this transformation in our cities?

The UK Government currently has a £27bn fund set aside for the ‘largest-ever investment in English strategic roads.’ Using the money for a clean air transformation would create the same jobs, but through a different task – while protecting our lungs and climate, as well as reducing health inequities.

Campaigner Rosamund Kissi-Debrah is calling for a new ‘Ella’s Law’ to mandate clean air. To deliver on the promise of Ella’s Law, meet safer pollution thresholds and save lives, city and national leaders need to reduce vehicle-use and transform major urban road networks. A good starting point is to put people – not traffic – at the heart of a green and healthy recovery.