The shift to electric vehicles (EVs) is driving a new North-South divide, according to new research conducted by green energy company Bulb.

Bulb’s analysis shows that there is no shortage of interest in EVs across the North, with online searches up 75% in the past year.

However, despite this, people aren’t switching to electric vehicles in Northern regions as quickly as those in the South, with the North home to just 19% of the UK’s EVs compared to the South which is home to 48%.

According to Bulb the main reason for this is a lack of EV infrastructure.

Regions with low EV adoption have some of the lowest numbers of public charges per capita.

For example, the North of England is home to 65% fewer public charging devices per 100,000 people than the South. 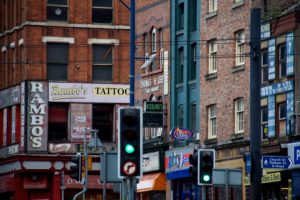 The North East also has the lowest government transport spending and has just 8% more public chargers in the past year.

In comparison, in London and the South East, the top-funded regions, public chargers have increased by a third.

Based on these findings, Bulb is calling on the government to scrap VAT on green products like EVs in order to make green technology more affordable for millions of people.

Removing VAT from a mass-market EV, like a Renault Zoe, would reduce the cost by more than £4,500, and would make a home charger at least £90 cheaper.

Hayden Wood, co-founder and CEO of Bulb said: ‘There’s no shortage of interest in EVs, but we’re heading into a new North–South divide because of a lack of public charging and government spending in the North. With big changes after the local elections in the UK, now’s the time to level up public charging and scrap VAT on green products to turn the lights green on EV ownership around the country.’