In May 2020, Lambeth Council introduced an emergency transport plan in response to the pandemic, this included the introduction of a low-traffic neighbourhood, school streets and improved walking and cycling infrastructure.

An LTN is a scheme where measures are put in place to limit motor vehicles from accessing certain areas.

They usually involve either temporary or permanent ‘modal filters’ such as bollards or planters being installed at key entry points to the street. These are fitted with traffic cameras that alert cars and motorbikes that drivers without residential access are banned, using numberplate identification

LTNs have proved extremely controversial, with many residents having strong opinions both for and against their introduction.

OneLambeth, a network of residents who came together last summer to protest against the implementation of LTNs recently issued a legal challenge against Lambeth’s LTN, stating it was ‘undemocratic, discriminatory, harmful and hazardous.’

The legal challenge was brought on behalf of Miss Sofia Sheikh who lives on the edge of the Railton LTN. Miss Sheikh has a debilitating lung condition, and according to OneLambeth her access to the hospital has been severely impacted by the introduction of LTNs.

Despite this, in a judgement published today (June 28) a High Court judge has rejected the legal challenge. 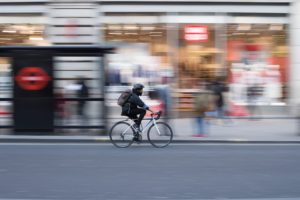 ‘Lambeth has been clear from the start that we had to act swiftly and urgently in the face of the huge challenges that the coronavirus pandemic posed to our borough and in particular the immediate risk of it making existing inequalities on our streets and in our neighbourhoods worse.

‘The council has set out from the outset that implementing measures to make our streets safer and healthier was fully in line with statutory guidance and national policy objectives. We rejected any suggestion that these schemes are discriminatory in any way or were installed illegally.

‘We’re glad that the judgement is clear on that, and particularly that considerations of equality were accounted for at the earliest stage of the LTN. The judgement also reinforces our approach of continuing to consider those objectives using data collected throughout the experimental period, ensuring that the impacts on those most at-risk remains front and centre of our approach.

‘The start of the Covid-19 pandemic saw capacity on public transport reduced by up to 80 per cent to accommodate social distancing. With around 60 per cent of households in Lambeth not having access to a car, and with access typically lower for women, Black and disabled residents in particular, we needed to make our streets safer to enable them to walk, cycle, scoot or wheel safely in their local area and access local facilities during the pandemic.

‘The council’s response was an emergency transport plan, produced last summer for the benefit of all Lambeth’s residents but primarily focused at tackling the acute inequalities that we envisaged the pandemic would exacerbate in our borough. This plan included pavement widening, temporary walking and cycling infrastructure and low traffic neighbourhoods.

‘The council is carrying out regular, detailed, open and transparent monitoring of the programme and has already taken on board feedback from local people to make improvements where necessary.

‘We will now redouble our efforts to involve all of our communities in a conversation about how we rebalance our streets so that they are more equal, safer and put people first.’

A spokesperson from OneLambeth said: ‘We are disappointed that Justice Kerr has ruled in favour of Lambeth council, who employed a QC on taxpayers money, against a disabled resident and Covid survivor. We are in talks with our legal team regarding an appeal.’

I would like to point out that all was not lost in the LTNcourt case – the right to appeal still stands for challenging discrimination against disabled and people with mobility difficulties.
As a Lambeth, long time tenant I am totally supportive of the right to appeal the inequality of the decisions made in reinforcing the low traffic neighbourhoods in my area.I thoroughly support this opportunity to make Lambeth aware of their lack of consideration and lack of information for tenants with disability issues.Where I live the road has been closed at one end – making us unable to reach nearby Herne Hill without adding at least 20-45 mins to a car journey or an extra hour to take 2 buses instead of what used to be a 5 minute drive.
Lambeth’s response is buy or hire a bicycle or walk, but when one has an injury affecting movement this is NOT possible.Many people with hidden disabilities do not get awarded blue badges for parking or receive any financial help for scooters.It is also unfair for pregnant women and young mothers to be expected to walk or catch 2 buses to the post office, dentist or to shop.As a result of blocking off access to side roads, the 3 main roads around Herne Hill and Brixton are now totally congested during rush hour and at week ends, contributing to extra pollution and delays.
Unfortunately, decisions appear to have been made only with cyclists in mind by people who have perhaps never even set foot in our area.On Shakespeare road it has enabled Lambeth to allow more juggernaut trucks to frequent the road, turning it into a service access route for the 2 waste disposal depots situated on the road .Is this a safe alternative – less cars (of which there were never many) in favour of more trucks? What about the children who are supposed to be able to play freely in a less polluted environment.The northern end of Shakespeare road has without a doubt, NOT reaped any benefits from the scheme !
Lambeth should allow the tenants of a blocked road free and easy access to where they live !