London authorities need greater powers to combat non-traffic sources of air pollution, according to a debate on the Environment Bill heard in the House of Lords this week.

During the debate, which fell on the 65th anniversary of the Clean Air Act, Lord Tope, co-president of London Councils said amendments are needed to give councils new powers to control air pollution where World Health Organisations (WHO) limits are exceeded.

Although local authorities have a statutory duty to reduce emissions, they are lacking in powers to intervene and stop polluting activities.

A recent investigation by Air Quality News revealed that in the past five years, no fines have been issued by London Councils for the use of wood-burning stoves.

The majority of councils cited outdated and complicated legislation under the 1956 Clean Air Act as the main reason for the lack of fines. 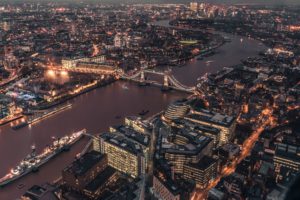 Chairman of the City of London Corporation’s Port Health & Environmental Services Committee, Keith Bottomley, said: ‘Local authorities have been given the statutory responsibility to improve air quality, but they have very few regulatory controls. These essential measures would give them tough new powers to deal with non-transport related air pollution.’

‘We are working closely with the City of London Corporation and Lord Tope to lobby the government for amendments to the Environment Bill. This includes asking for local authorities to receive additional powers to help enforce the Clean Air Act. The current legislation is complicated and difficult to enforce and not tough enough to tackle London’s air quality challenge.’