The scheme has already helped sole traders and charities to replace more than 5,000 older vans.

The expansion of the scheme will now enable Londoners on low incomes or those with disabilities to replace their polluting vehicles with cleaner alternatives.

Motorists can apply for:

Charities and sole traders will still also be able to access funding. 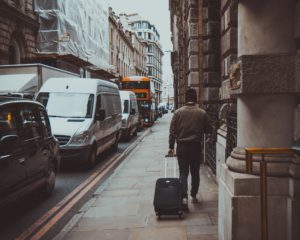 The Mayor of London, Sadiq Khan said: ‘Air pollution is a national health crisis that is stunting the lung development of our children and leading to thousands of premature deaths.

‘Despite the lack of Government support, our car and motorcycle scrappage scheme will continue to help low-income and disabled Londoners scrap their older, polluting vehicles and switch to walking, cycling and public transport or a cleaner vehicle.

‘In central London, the Ultra Low Emission Zone has already helped cut toxic roadside nitrogen dioxide pollution by nearly half and led to reductions that are five times greater than the national average.

‘But pollution isn’t just a central London problem, which is why expanding the ULEZ later this year will benefit Londoners across the whole of the city and is a crucial step in London’s green recovery. There is no time to waste. We know pollution hits the poorest Londoners and those from Black, Asian and Minority Ethnic communities the hardest, which is why I’m doing everything I can to improve the health for all Londoners.

‘We need the Government to follow London’s lead and help clean our filthy air once and for all, by strengthening the Environment Bill to include WHO recommended air quality limits to be met by 2030 and supporting a targeted national vehicle scrappage fund that will help motorists across the UK to ditch their polluting cars.’