One in every 150 car insurance enquiries are now for electric vehicles (EVs), according to research by MoneySuperMarket.

According to the data, there has been an 80% increase in enquiries since the beginning of 2020, when only one in every 270 enquiries were for EVs.

In London, this proportion is even higher, where more than one in every 100 car insurance enquirers are now for an electric vehicle.

In general, those in the south of England are most likely to own an electric vehicle. However, the North West saw the largest increase in the proportion of enquiries, moving from one in every 250 in 2020 to one in every 170 in 2021 – a 40% increase. 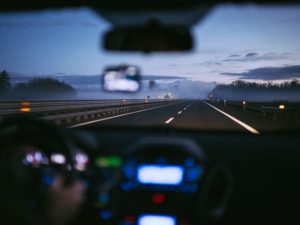 The start of 2021 saw a significant decline in car insurance premiums across all vehicle types – petrol, diesel and electric – however, the drop in premiums for EVs was only 2%, compared to 10% for diesel and 15% for petrol.

Kate Devine, car insurance expert at MoneySuperMarket, said: ‘The proportion of car insurance enquiries that are for electric vehicles continues to increase at a steady rate, and we’re likely to reach one in every 100 across the country in the near future. We can expect this trend to continue as we inch towards the ban on sales of new petrol and diesel cars, which comes into play in 2030.

‘While premiums for electric vehicles are now more expensive than for petrol cars, this change may only be temporary.

‘The significant decline in car insurance prices across the board in 2020 was in part influenced by a reduction in younger drivers during the pandemic, which affected premiums for petrol vehicles more than electric due to age differences between enquirers for each engine type. Premiums for electric cars have generally been lower than petrol or diesel, historically, and if we see the number of younger drivers increase this is likely to push premiums up for petrol cars more than electric cars.’