The Legal Services Alliance will advise Manchester on CAZ

The Legal Services Alliance will continue to advise Transport for Greater Manchester (TfGM) on the upcoming Clean Air Zone.

Following their appointment in April 2019, the Alliance, which involves Squire Patton Boggs and BDB Pitmans has provided wide-ranging advice to TfGM and will continue to do so in the run-up to the zone, which is due to go live in Spring 2022.

The zone is also a joint project, being implemented by all of the ten boroughs that make up Greater Manchester and being delivered by TfGM. 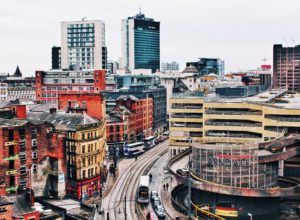 Squire Patton Boggs partners Nick Helm and Andrew Herring said: ‘The Greater Manchester CAZ marks a major step in the push to improve air quality in the city-region, as air pollution contributes to at least 1,200 deaths in Greater Manchester annually.

‘As Manchester-based lawyers, this is a project we and the Squire Patton Boggs Manchester office are delighted to be involved in. The Financial Support Scheme will be available to eligible GM-based businesses, people and organisations to either replace or retrofit non-compliant vehicles and will form part of the city region’s green revolution.’

‘The Greater Manchester scheme is the largest and most complex CAZ to date, and is ground-breaking in that it involves a partnership of numerous local authorities to secure air quality improvements across a city-region.’

The CAZ will hardly reduce Carcinogenic PM2.5 which because of no action is increasing because of popularity in woodburning stoves during Autumn, Winter and Spring. Firepits, logburners ,barbecues and bonfires in the Summer. If you want to get the 1200 deaths down ban the above because this is the real killer.

Andy will never get the local pm 2.5 down in the transport corridors as long as he lets rubber wheeled vehicles regardless of power systems run in them, the interface between road/tyre generates a high number of black carbon particulates. Stop using recycled tyres as road binders in these corridors or better still, use steel on steel Street running Metrolink with no pollution at point of use. Car park and ride outside 40 mph zone and buses in lower pollution zones as Metrolink feeders