The House of Lords has demanded a more ambitious approach to tackle air pollution.

In a vote yesterday evening (September 6), peers voted in favour of an amendment to the Environment Bill that would commit the government to reduce levels of particulate matter (PM2.5) to within World Health Organisation (WHO) guidelines by 2030 at the latest.

UK legal limits for PM2.5 are currently twice as high as what the WHO recommends.

The Environment Bill is expected to complete its passage through the House of Lords this month and then return to the Commons where MPs will consider all the new amendments.

The UK Government is thought to be aiming for the Bill to reach Royal Assent before COP26 in Glasgow starts at the beginning of November. 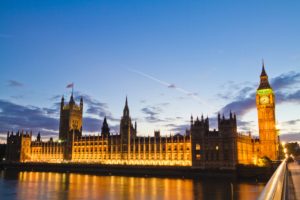 Katie Nield, a lawyer at environmental law charity ClientEarth, said: ‘Fine particulate matter is one of the most harmful pollutants there is – even at very low concentrations.

‘The government has so far refused to commit to setting legal limits for this pollutant in line with World Health Organization recommendations, despite broad agreement from health experts, parliamentarians across all parties, local leaders and the general public that this is essential to protect people’s health.

‘The vote in the House of Lords clearly shows that Peers do not believe that the Bill does enough as it stands to protect people from toxic air. It’s nothing short of a rebuke.

‘For the amendment to be included in the final version of the Bill and make it on to our statute books, the government really has to take responsibility and show leadership on this public health emergency.’