Industrial pollution in Europe costs society between €277 – €433 billion, according to the European Environment Agency (EEA).

The EEA used data from the European Pollutant Release and Transfer Register to assess the impacts of air pollution in Europe.

They found that in total, air pollution and from large industrial sites in Europe has cost society the equivalent of about 2-3% of the European Union’s GDP, this is higher than many individual Member States’ total economic output that year.

Moreover, the EEA report shows that a relatively small number of facilities continue to be responsible for most of the quantified external costs.

Just 211 sites (of the 11,655 facilities reporting emissions of the pollutants included in the analysis) caused 50 % of the aggregated damage costs related to the main air pollutants and greenhouse gases. 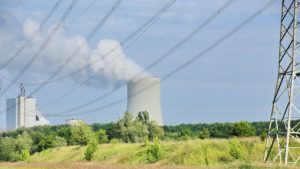 Thermal power plants — mostly running on coal — cause the largest harm to people’s health and the environment: 24 of the top-30 polluting facilities are thermal power stations.

The analysis is based on a technical report by the EEA’s European Topic Centre on Air Pollution, Transport, Noise and Industrial Pollution (ETC/ATNI), using a standard methodology, based on the so-called Impact Pathway Approach.

The approach takes into account the amounts and spread of different pollutants from their industrial sources, the effects on people’s health, ecosystems, climate, and farming, for example, and the associated monetary costs.

In related news, air pollution costs the average UK resident £880 a year, according to a new report published by the European Public Health Alliance (EPHA).