Episode 7 of the Environment Journal Podcast is now LIVE 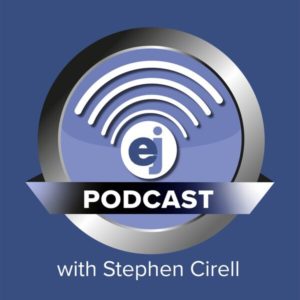 This month in the Environment Journal Podcast series we take a slightly different line and chat to Felicity Aston MBE. Felicity is the leader of an expedition to the North Pole to collect sea ice samples which will be invaluable in furthering our understanding of climate change. Spacehouse, the company that brings you both Environment Journal and Air Quality News, has sponsored this Expedition.

There are important differences in this trip, primarily because it is an all female team of six adventurers who are not professional scientists and therefore it provides an excellent example of civic involvement in the climate change process.

Throughout the trip, they will collect samples of snow, ice and water to be analysed at a later stage.

The Expedition has three principal purposes: firstly to prove that microplastics are present in the sea ice; secondly, to prove that black carbon is also present; and thirdly to see what impact extreme cold has on the female body. 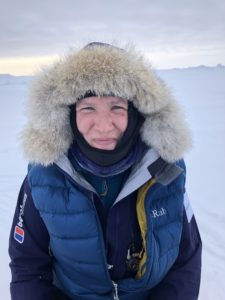 Microplastics are, of course, regularly featured in Air Quality News and there is growing concern about how they now appear everywhere, from the Arctic to the mountains and the oceans. Their links to health issues are well documented and reported.  But there have been few detailed analyses of Arctic sea ice in this regard. This trip will add value to that research, with the samples being analysed by Felicity herself.

Black carbon is also another topic regularly featured. This is formed by the incomplete combustion of fossil fuels, wood and other fuels. Complete combustion would turn all carbon in the fuel into carbon dioxide (CO2), but combustion in the real world is never complete and CO2, carbon monoxide, volatile organic compounds, and organic carbon and black carbon particles are all formed in the process. 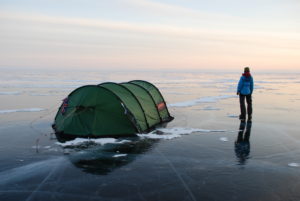 Black carbon is a short-lived climate pollutant with a lifetime of only days to weeks after release in the atmosphere. During this short period of time, black carbon can have significant direct and indirect impacts on the climate, the cryosphere (snow and ice), agriculture and particularly human health. This Expedition will confirm that black carbon has reached the Arctic and ice samples should give a timeline for this. The professor originally slated to undertake the black carbon analysis also works for NASA in the USA and will not now be able to undertake this due to pressure of work elsewhere. Accordingly, the team are just about to sign up another female analyst to undertake this work and this should be announced shortly.

Finally, there is the physical element of the trip. Extreme cold has a number of adverse effects for bodily and mental function and the data about these impacts is patchy. As much of the data previously collected has been about men, this trip will provide invaluable data on impacts on the female body, which will inform future expeditions of this nature.

This is a very interesting trip (which Air Quality News is delighted to be associated with) and Felicity demonstrates her expertise in this area, having led expeditions to both North and South poles before, as well as her passion to investigate the impact of microplastics, where she will analyse the samples at the Southampton Oceanographic Centre as part of her PHD.

Perhaps we take the availability of climate change data for granted in the modern world, when the reality is that there is considerable effort, danger and personal risk in collecting it. This is clear from this conversation which demonstrates the lengths that sometimes have to be travelled to get what we need.