Researchers at the Technical University of Graz tested for exhaust CO2, methane and nitrous oxide emissions. They found that Iveco’s S-Way LNG truck emits 13.4% more greenhouse gases than its Stralis diesel truck over a 20-year timeframe.

This is largely because of the methane emissions. Methane has a far greater warming impact than CO2 in the 20-years after its release.

Fedor Unterlohner, freight manager at T&E, said: ‘Gas trucks are a dead-end for cutting emissions and will even exacerbate the climate crisis today.

‘Only emissions-free vehicles are capable of decarbonising trucking. It’s time for gas fuelling stations to be dropped from the EU’s infrastructure targets and for governments to stop incentivising the purchase of LNG trucks.’ 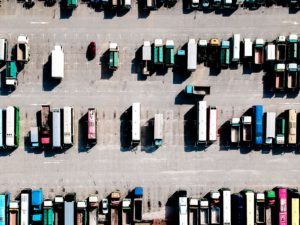 Fedor Unterlohner added: ‘LNG trucks are held up as saviours of air quality, but tests show they pollute far more than manufacturers claim.

‘They are also a lot worse than diesel for the smallest and most harmful particles, including in city driving, where they are used for deliveries. Ultimately, gas trucks are just another fossil fuel technology that can never clean up freight.’

Based on these findings, T&E is calling on governments and MEPs to reject an EU proposal for countries to continue installing LNG fuel stations under the Alternative Fuel Infrastructure law.