A series of speed cameras will be introduced in Wales in a bid to reduce air pollution.

Unlike the majority of speed cameras that are located in areas with a high number of serious collisions, these new cameras will be located in areas that have poor air quality and will aim to smooth traffic flow in order to reduce emissions.

In 2018, the Welsh government introduced a series of 50mph speed limits on some of the most polluted roads, this helped to reduce pollution by up to 47%.

The Welsh Government is looking to maximise these benefits by enforcing the limits using Jenoptik SPECS average speed cameras.

The cameras monitor the number plates of vehicles as they pass fixed points on the network, then calculates the time taken compared with how long it should take if the vehicle was driving at the speed limit. Vehicles taking less time can therefore be shown to be going too fast.

Initially many of those caught breaking the limit may receive a warning letter, while the worst offenders will be fined. 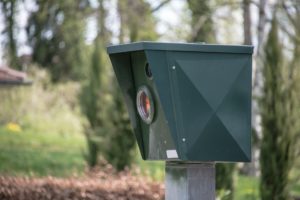 Deputy Minister for Climate Change, Lee Waters, said: ‘It’s clear that the speed restrictions we’ve introduced on our most polluted roads are working – the results speak for themselves – but compliance with these limits is essential if we are to achieve the reductions we need to make in the shortest possible time.’

‘However, they also lead to less speed variability and reduced emissions, meaning better air quality, so it is very forward-thinking of the Welsh Government to take advantage of their benefits in this way. The advantage is that average speed cameras have the support of drivers, with anecdotal evidence suggesting they are far more accepted and popular than spot-speed cameras.’