Researchers from the Harvard School of Public Health predicted one million people’s exposure to air pollution by using satellite-based measurements and meteorological data.

They found that each 1g/m3 increase in annual particulate matter (PM2.5) concentrations increased the absolute annual risk of death by 0.073%. 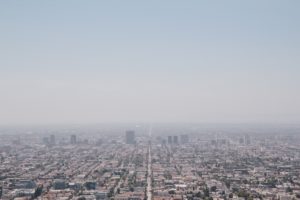 The study also found an increased risk of death for people living in lower-income areas, pointing to disparities in the adverse effects of air pollution.

The authors have said that these results suggest that a 2020 Environment Protection Agency (EPA) decision not to tighten standards for ambient PM2.5 ‘was unjustified.’

The researchers listed interventions that could reduce air pollutants, such as stricter controls on industry and fossil-fuel electric-generating units, larger and more efficient catalysts on automobiles, city planning to promote active transport, and improved public transit.

Joel Schwartz, professor of environmental epidemiology and senior author of the study said: ‘Our finding that people living in lower-income areas are more susceptible to the harmful effects of air pollution means they are suffering a double whammy – more exposure, and greater risk from that exposure.

‘The Clean Air Act requires the EPA to protect sensitive populations with an adequate margin of safety. It is time for it to do so.’

A very relevant article, due to the problem of air pollution and the quality of the working atmosphere, we have come up with our own solution https://www.stealtho.store/product/hwe-organizer/