Manchester City Council has opened the latest consultation for the proposed walking and cycling scheme.

This phase of the consultation is focusing on Northern Quarter Area 4 with an aim to upgrade the existing infrastructure in the Shudehill area of the city centre.

The scheme is part of a wider project to improve connections between Picadilly and Victoria Stations and create a dedicated walking and cycling route between the two. 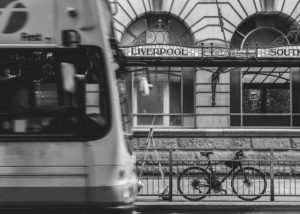 Earlier consultation on this project saw hundreds of people submit comments and suggestions to the Council on what their priorities for the area were.

Cllr Tracey Rawlins, executive member for environment said: ‘Building better connectivity in Manchester is a key part of what we’re doing as a Council to encourage more people to walk and cycle.

‘The Pic-Vic connection between the two railway stations is in need of improvement which is why we’re going back to the public to find out what will work best for them.

‘We want to have a city centre which integrates all kinds of transport, from walking and cycling, to buses and trams. By improving this busy part of town we are sending a message that the Council is focused on making upgrades where they are most needed.

‘The consultation is now up and running and I’d ask for as many people as possible to take part.’