Campaign group Clean Air in London (CAL) is calling for more research into dust concentrations on the London Underground to be carried out by the London Assembly.

However, Transport for London (TfL) said that tunnel dust on the tube is “highly unlikely” to be dangerous and that monitoring shows dust levels below limits set by the Health and Safety Executive. 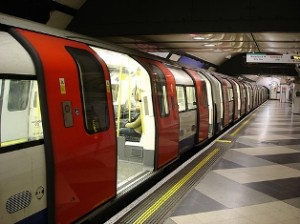 In a letter to the Assembly’s health and environment committee posted on its website, CAL calls for the establishment of levels of air pollution in the London Underground and trends; a range of expert opinions on possible health impacts from exposure to it; and to investigate the possibility of issuing warnings to the most vulnerable passengers.

The campaign group also suggested that the committee undertake find out more details about plans to introduce a ‘Tunnel Cleaning Train’ later in 2013.

The Tunnel Cleaning Train includes a carriage with large vacuum nozzles that clean the tube tunnel as the train passes through. It is planned to arrive on the underground in Autumn 2013, aTfL spokeswoman confirmed.

In the letter, CAL urges the committee “to investigate health advice and claims by the Mayor of London that tube dust is ‘safe’ for staff and customers; promises from Transport for London in January 2012 that it would publish “results of [its] routine dust measurements, together with an explanation of what they mean”; and exactly how frequently the Tunnel Cleaning Train, promised for later this year, will clean each section of the underground network.”

However, the TfL spokeswoman said that air throughout publicly accessible spaces on the underground was not filtered and that dust levels were not published on the TfL website due to the low health risks. She added that this information was instead freely shared with interested parties on request.

In 2003, London Underground commissioned the Institute of Occupational Medicine (IOM) in Edinburgh to conduct research into the likely health effects of tunnel dust on underground staff, which found that around 90% of the dust on the underground was iron. It also found trace amounts of chromium, manganese and copper.

According to TfL, the IOM research concluded that dust levels were ‘highly unlikely’ to cause serious damage to staff and public and that there was no need for more research, although its conclusions would be kept under review.

Furthermore, five monitoring and analysis reports on tunnel dust on the underground, carried out by scientific and environmental testing providers 4Rail Services, have been produced since 2004 which “broadly show similar results”, according to TfL.

Howard Collins, London Underground chief operating officer, said: “Recent monitoring of dust levels on the Tube shows they are less than a third of the limit set by the Health and Safety Executive for general dust. That standard remains the level required by the Health and Safety Executive and would be amended if they felt there was danger to our passengers or staff.”

He added: “It is supported by an independent report from the Institute of Occupational Medicine, which concluded tunnel dust on London Underground is highly unlikely to be dangerous and also made the point that comparing indoor with outdoor air pollution is misleading because of the totally different environments.”

The letter from CAL comes in response to the committee’s ‘Air Pollution in London – issues paper’, which was published in December 2012 and invited views from experts and interested organisation about air quality topics for possible future in-depth work.

The committee’s issues paper claimed that up to 9% of deaths in London’s most polluted areas are attributable to air pollution, costing £20 billion each year (see airqualitynews.com story).

The study reported on by King’s College London Air

on monitoring individual Londoners for a day to assess their public exposure to pollution is revealing. The pensioner made several tube trips in the afternoon and the spikes in his exposure from this are startling.

It would be interesting to get a view from other public health experts on the relative safety of “tube dust”. Are the high levels of transition metals (iron, nickel, chromium, copper and vanadium?) inert and harmless compared with the “normal” PM we get exposed to going round the city ? Or are they more hazardous ?