Air quality is deteriorating in some areas of Sheffield due to industrial emissions and increasing car use, according to an independent report published this week (February 18).

The State of Sheffield 2013 report, commissioned by the Sheffield First Partnership (SFP), states that air pollution in the city is estimated to be responsible for 500 premature deaths and costs the local economy £160 million a year in lost working days. 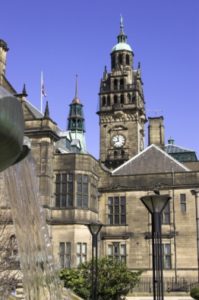 The Sheffield First Partnership is an independent body made up of public, private, voluntary and community figures that seeks to address key issues facing the city.

The report also states that the reduction in life expectancy in Sheffield is estimated to be as high as nine years for vulnerable individuals exposed to the most elevated levels of air pollution.

Road transport and industry are thought to be the largest sources of pollution, with Sheffield city council monitoring data in the report showing that while traffic levels in the city centre have remained relatively stable over the last 20 years, use of public transport such as buses, trams and coaches has declined.

The report states: “Sheffield reflects the national picture, in that air quality is generally improving. However in many areas, near the motorway and within the busy urban centre, it has not improved, with some places seeing air quality worsening.”

It adds: “Sheffield is still a city seemingly locked into an increasing use of the car and patterns of consumption that are characterised by relatively high levels of carbon and waste.”

Sheffield city council declared an Air Quality Management Area (AQMA) encompassing the whole of the urban area of the city for nitrogen dioxide and particulate matter PM10 in March 2010.

As a result, an Air Quality Action Plan (AQAP) was consulted on in spring 2011 and sets out seven commitments: to assess feasibility for a LEZ; to develop infrastructure for refuelling low emission vehicles; to promote smarter travel choices; to improve engine performance of commercial diesel vehicles; to mitigate the impact of the M1 motorway (particularly in the Tinsley area); to develop policies to support better air quality; and to control industrial emissions.

A city council spokesman said the AQAP is currently being reviewed but there is no date set yet for its completion.

According to the AQAP, in areas close to arterial routes into the city with high numbers of heavy diesel vehicles, nitrogen dioxide levels are “so high… that without major interventions the (national) objectives are unlikely to be achieved until at least 2020.”

It states: “This is of major concern where there are people living close to the roads.”

The highest levels of nitrogen dioxide in Sheffield are at sites on Fitzalan Square and Romon Haymarket at Waingate, where annual mean concentrations currently breach EU limits for 2015. According to the city council, these sites have a high proportion of diesel vehicles – particularly buses and taxis – using these routes.

Written by independent academic Dr Gordon Dabinett, the second annual State of Sheffield report is an independent assessment of the issues facing the city in 2013 and beyond and can be found here.

More information on Sheffield’s AQAP is available on the city council website.