Air quality campaigners have hit out at the government’s decision to approve plans for a controversial £70 million biomass energy plant at Barton in Daveyhulme, Greater Manchester, claiming that burning wood for energy causes air pollution.

The Barton Renewable Energy Plant was granted planning approval by the secretary of state for the Department for Communities and Local Government (DCLG), Eric Pickles, last week (May 16) despite fears over its impact on local air quality. 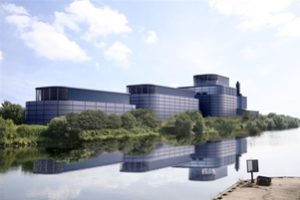 Manchester-based firm Peel Energy, which is to build and operate the 20MW Barton Renewable Energy Plant, said it was “very pleased with the outcome”. The plant will process around 200,000 tonnes of biomass fuel each year, mostly comprised of reclaimed wood, and was granted an environmental permit by the Environment Agency in October 2012.

However, the news has angered local air pollution campaigners in the Breathe Clean Air Group, which described the decision to give the go-ahead to the “dirty incinerator” as a “devastating blow to the people of Trafford, Salford and Manchester”. The group also said it has made an official complaint to the European Commission about the proposals.

Trafford council – which originally unanimously rejected planning for the plant in 2011 before a public inquiry into the decision was held in November 2012 – has also said it was “disappointed” with the decision due to local opposition. The council said it would be taking further advice before deciding on whether to challenge Eric Pickles’ decision.

The Peel Energy website states that all its power stations are “subject to strict emissions controls that are enforced by the Environment Agency and designed to protect public health”.

According to the firm, the biomass plant will generate electricity for at least 25 years and produce enough energy to meet the needs of around 200,000 households while diverting waste wood from landfill.

Commenting on the decision, the Breathe Clean Air Group said: “The historic and unprecedented level of local opposition, including from local residents, doctors, businesses, MPs, Salford council and all of Trafford’s councillors, has been swept aside to make way for an outdated, dirty incinerator.

“In our opinion, the original reasons on which Trafford’s entire Planning Committee unanimously rejected the plant, are still entirely valid: there is a body of credible evidence suggesting that this plant will cause harm and people may therefore leave the area.”

It continued: “The local air pollution is already of grave concern and as such, the Breathe Clean Air Group has made an official complaint to the European Commission. Adding a huge amount of additional pollution from this incinerator is irresponsible.”

Last year the Breathe Clean Air Group, originally set up in Manchester in 2010 to oppose the Barton energy plant, also responded to a government consultation on restricting waste wood from landfill. It said that such restrictions had “no regard for the health risks associated with storing and burning waste wood” (see airqualtynews.com story).

A Trafford council statement said: “The council is disappointed with the Secretary of State’s decision to uphold the Inspector’s recommendation to allow the appeal in spite of the significant weight of local opposition to the scheme.

“The council advised that the Inspector’s report on the proposal, which was considered at a nine day public Inquiry held in November of last year, is lengthy and includes detailed evaluation of scientific and technical evidence presented during the Inquiry. It said it would need to carefully consider the report and will be taking further advice before it is able to comment on whether or not it will be seeking to challenge the decision.”

According to Peel Energy, more than 100 workers would also be employed at peak periods of the plant’s construction, while more than 15 people would be employed directly, plus many more indirectly, to supply and operate the plant.

Commenting on the decision to give the go-ahead to the Barton plant, Peel Energy project manager, Jon England, said: “We would like to thank both the Secretary of State and the planning inspector for giving the plans a fair hearing. We realise that applications like these are not easy. However, these are exactly the kind of decisions that are required if the UK is to meet its renewable energy targets, reduce reliance on imported energy and avoid valuable resources going into landfill.

“We are very pleased with the outcome and look forward to taking the project on to the next stage, ultimately delivering renewable energy and jobs for the region. We will continue to inform the community about forthcoming phases of the development.”