Air pollution from wood burning sources within London is ‘considerably greater’ than the predicted reduction achieved through the first two phases of the capital’s Low Emission Zone, according to study led King’s College London. 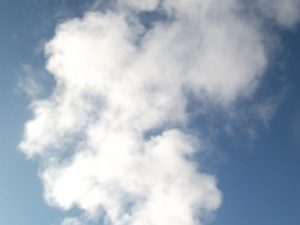 Published online in the Atmospheric Direct journal earlier this month, the study – ‘Contribution of wood burning to PM10 in London’ – showed that wood burning PM10 in London was largely coming from sources within the capital rather than from elsewhere.

And, it found that wood burning was slightly greater in suburban areas compared to central London and that PM levels were greatest at weekends. The authors of the study suggest this shows that wood is being burned as a secondary heating option rather than the main household heating source.

According to the report, the annual mean concentration of PM10 from wood burning was 1.1 micrograms per cubic metre, which it states is ‘considerably greater’ than the predicted city-wide mean PM10 reduction  of 0.17 from the first two phases of the Low Emission Zone, introduced to reduce PM10 from traffic sources.

The study aimed to assess the impact of wood burning ahead of incentive schemes being introduced to reduce carbon dioxide emissions from heating and a possible growth in popularity of domestic wood burning.

Assessment of PM10 levels in London was based on two methods: a six week campaign of daily measurements of levoglucosan along a 38 km transect across the city during winter 2010; and a three year (2009–2011) measurement programme of black carbon and particulate matter from wood burning ‘using differential IR and UV absorption by Aethalometer’.

The study – authored by KCL’s Dr Gary Fuller and Anja Tremper, as well as Timothy Baker, Karl Espen Yttri and David Butterfield – is available on sciencedirect.com.