The City of London Corporation has signalled strong support for curbing diesel car use in the UK capital, describing recently announced plans to tackle air pollution in Paris by placing an outright ban on diesel vehicles in the French city as “an encouraging move”.

At the weekend (December 7) the Mayor of Paris, Anne Hidalgo, announced plans to ban diesel cars from the French capital by 2020 in order to help cut air pollution, as well as proposing the creation of semi-pedestrianised zones which would limit car use to only residents, emergency and delivery services, buses and taxis. 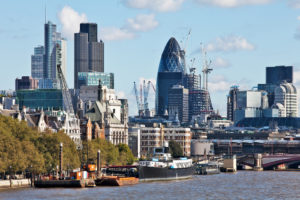 And, responding to the news this week (December 9), City of London councillor and chair of the Corporation’s environment committee, Wendy Mead, voiced her support for the diesel ban in Paris, suggesting that more needed to be done in London to reduce pollution from diesel vehicles.

She said: “The Mayor of Paris’ proposal to ban diesel cars by 2020 is an encouraging move.”

France has the highest number of diesel cars on the road in Europe, but councillor Mead said that diesel cars were also a “major problem” in the UK capital, where air pollution “is responsible for around 4,000 deaths annually”.

She also said that London’s Square Mile, which is within the jurisdiction of the Corporation “suffers from some of the highest levels [of air pollution] in the UK”.

Councillor Mead said: “Diesel is the major problem. It was sold as an environmental solution but it is in fact an invisible killer. In our authority area we have prohibited engine idling and introduced a 20mph speed limit which will help improve local air quality. These measures support Mayor of London Boris Johnson’s reform proposals but we still need to move further and faster on reducing pollution from diesel vehicles. In particular government funding is urgently needed to finance the replacement of diesel taxis with cleaner models.”

Councilor Mead’s comments follow Boris Johnson’s recent visit to Jakarta in Indonesia where the streets are closed to traffic on Sundays, which prompted the London Mayor to suggest a similar scheme could be introduced in the UK capital in future.

In addition, the Environmental Audit Committee (EAC) this week (December 8) published the findings of its inquiry into air quality in the UK, which included a recommendation for the government to introduce ‘fiscal and other measures’ – such as a scrappage scheme – to encourage a move away from diesel vehicle use (see airqualitynews.com story).