Drivers are exposed to “dangerously high” levels of air pollution from traffic when stationary with the engine running at red traffic lights, according to a study led by the University of Surrey.

Published in the scientific journal Atmospheric Environment last week (February 12), the research states that UK commuters spend an average of 1.5 hours each day at the wheel, with their cars known to emit particulates, which contribute to a number of health issues. 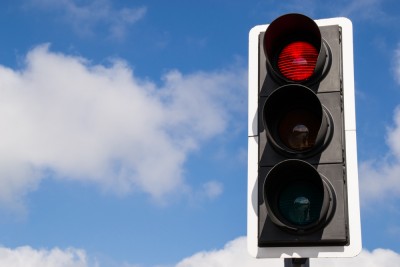 However, the journal found that while drivers spend just 2% of their journey time passing through traffic intersections managed by lights, this time period contributes to around 25% of drivers’ total exposure to these particles.

Led by the University of Surrey’s Dr Prashant Kumar, the research team monitored car drivers’ exposure to air pollutants at various points of a journey, with signalised traffic intersections found to be high pollution hotspots due to the frequent changes in driving conditions.

Researchers found that due to drivers decelerating and stopping at traffic lights and then revving-up to move quickly when the lights turn green, peak particulate matter concentration was 29 times higher than that during free-flowing traffic conditions.

And, as well as concentration, the study found that the likelihood of exposure to vehicle emissions also “significantly increased”, as cars tend to be close together at traffic lights.

This found that the reduction in particles inside the car cab was largest (70%) during free–flow traffic conditions when both heating and the fan drawing outdoor air into the cabin and were switched off.

During delay conditions, meanwhile, the reduction in particles inside the car was biggest (88%) when fans drawing outside air were set at 25% and heating was turned to 50%.

Commenting on the findings, Dr Kumar said: “Our time spent travelling in cars has increased by over 10% in the last ten years and with more cars than ever joining the roads, we are being exposed to increasing levels of air pollution as we undertake our daily commutes.”

He added that the World Health Organisation has linked air pollution to seven million premature deaths around the world each year.

Dr Kumar said: “It’s not always possible to change your route to avoid these intersections, but drivers should be aware of the increased risks at busy lights. The best ways to limit your exposure is to keep vehicle windows shut, fans off and try to increase the distance between you and the car in front where possible. Pedestrians regularly crossing such routes should consider whether there might be other paths less dependent on traffic light crossings. Local transport agencies could also help by synchronising traffic signals to reduce waiting time and consider alternative traffic management systems such as flyovers.”

The study – ‘Characterisation of nanoparticle emissions and exposure at traffic intersections through fast–response mobile and sequential measurements’ – is available in the journal Atmospheric Environment.