The likes of Honda UK, ITM Power and Air Products will benefit from the investment, which will see new hydrogen refuelling stations built as well as upgrades to existing hydrogen demonstrator stations. A new mobile refuelling station across the south of the UK is also being funded. 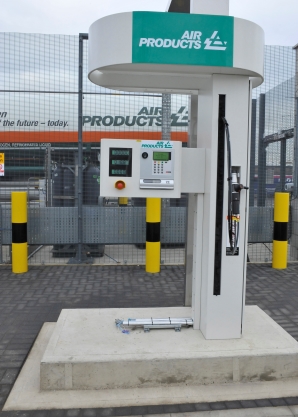 The hydrogen investment was announced on Friday (March 27) alongside an additional £7.5 million grant funding which has been set aside to boost the uptake of ultra low emission motorcycles and scooters.

It means that two-wheeled electric vehicles will also quality for money off the purchase price for consumers, joining the similar grant schemes recently announced for cars, vans, trucks and buses (see airqualitynews.com story).

Following meetings with the electric Motor Cycle Industry Association and manufacturers such as Suzuki, Harley Davidson, BMW, Volt and Mahindra, the Department for Business, Innovation and Skills (BIS) said consumers could now receive up to £1,500 off the purchase price of an electric motorcycle.

Business Minister Matthew Hancock said: “This investment shows we are serious about increasing the uptake of cleaner vehicles in the UK, and offer a fantastic place for firms to locate their research and development and manufacturing facilities. Supporting new technologies is a key part of our long-term economic plan.”

Transport Minister Baroness Kramer added: “This £7.5 million for electric bikes demonstrates our commitment to all ultra-low emission vehicles, from motorbikes to cars and trucks. From navigating city streets to putting in the motorway miles there is now a genuine low emission choice for everyone and electric vehicles are now ready to go mainstream. We are determined that the UK continues to be at the forefront of this vital revolution in transport.”

The government said it would continue to work closely with the industry as it finalises the details of the two-wheeler grant scheme, including the grant level and final eligibility criteria, but that the scheme could be up and running by summer 2015.

A spokesman from motorcycle manufacturer Mahindra said: “The Mahindra Group already has a growing presence in the UK through its electric vehicles and Formula E racing team and we fully expect the UK to be one of our lead markets for our GenZe two wheelers when they come to the UK market in late 2015.”

Both the low emission motorcycle grant scheme and the hydrogen refuelling station investment are being made possible through the Office for Low Emission Vehicles (OLEV) 2015-2020 programme.

The seven hydrogen projects are:

According to the Department for Transport (DfT), hydrogen is a clean energy carrier, which when used in fuel cell systems does not produce any carbon monoxide, particulate matter, unburned hydrocarbon or carbon dioxide emissions.

Hydrogen fuel cell vehicles share a large proportion of the electric motor and drive train technology with other electric plug-in and hybrid vehicles, but the energy storage is different as hydrogen vehicles can be refuelled much quicker. DfT described hydrogen engines as “highly efficient”, producing no pollutants at the tailpipe and lower well-to-wheel emissions compared with petrol or diesel engines.