A 10-point plan to boost local air quality around Heathrow Airport has been produced, including plans to introduce an ultra-low emission zone (ULEZ) for airside vehicles by 2025. 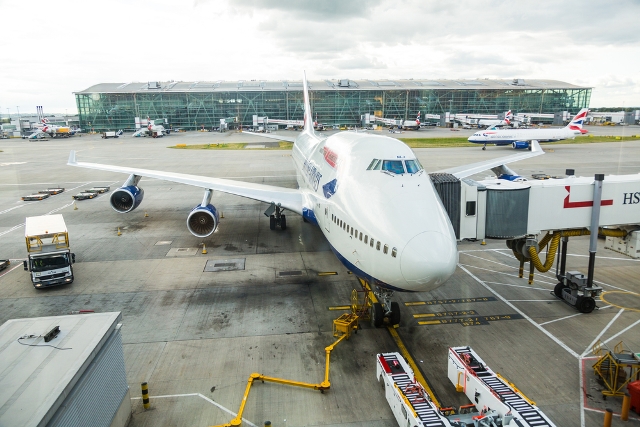 The ULEZ is one of a number of proposals outlined in Heathrow’s Air Quality Blueprint this week (April 27), and would affect all 8,500 airside vehicles operating at the airport.

Also planned is a £5 million investment to upgrade the airport’s electric charging infrastructure in short-stay car parking and airside, as well as a commitment to ensure Heathrow’s own fleet of airside cars and small vans are electric or plug-in hybrid by 2020.

And, working in partnership with Transport for London (TfL), the Greater London Authority (GLA) and the Highways Agency, Heathrow intends to produce a new regional strategy for air quality, which will include new emission standards for buses and look to boost hybrid buses.

Incentive schemes for low or zero emission buses and a new ranking of airlines by noise and emission performance are also outlined in the plan, while Heathrow says it will upgrade Terminal 5’s boilers to ‘low-NOx alternatives’.

According to Heathrow, the blueprint has been produced in order for the airport to “play its part in meeting EU and UK government limits on local air quality and reduce ground-based emissions of oxides of nitrogen (NOx) by 5% by 2020”.

The airport is in one of several areas of the UK which currently breaches EU legal objectives for nitrogen dioxide (NO2), which makes up a major faction of NOx emissions.

As a result, Heathrow has recently come under increased scrutiny over its impact on air quality ahead of the Davies Commission’s final report on options to increase UK airport capacity this summer (see AirQualityNews.com story), as building another runway could cause an rise in traffic around the airport.

Both Heathrow Airport and Gatwick Airport vying against each other for approval from policy makers to build another runway, and earlier this month Gatwick published a study criticising Heathrow’s air quality record (see AirQualityNews.com story).

However, Heathrow says it has reduced annual NOx emissions by 16% (430 tonnes) between 2009 and 2013, which it claims is an amount equivalent to a single bus driving 588 million miles.

Commenting on the new 10-point plan, Heathrow Airport chief executive, John Holland-Kaye, said: “We have a good track record in reducing emissions, now we will go even further and continue to work with partners to reduce emissions in the roads around Heathrow. We have ambitions to be one of the most responsible airports in the world, and the best neighbour we can be to our local communities.”

Furthermore, Heathrow said it is working with national rail services and Transport for London to improve rail connections to the airport, as well as operating ‘the world’s largest’ single site employee car share scheme and free public travel zone.