An alliance of UK healthcare bodies representing doctors, nurses and other practitioners has called on the government to phase-out coal fired power by 2025 in order to “limit the burden” on air pollution. 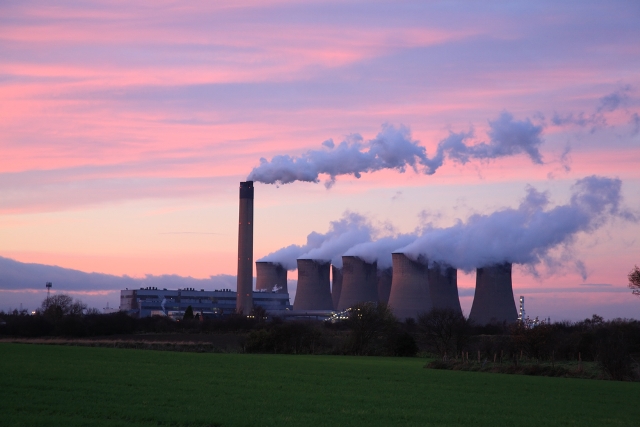 And, in what they say is an “unprecedented move”, the heads of a group of leading UK health institutions heads jointly urged the government for action plans to ensure public healthcare systems are able to respond to the impacts of climate change on the environment.

Launched this week (March 30), the UK Health Alliance on Climate has written to health secretary Jeremy Hunt to warn that health services are “unprepared” for the effects of extreme weather events and increased air pollution as a result of climate change.

According to the Alliance, only 18% of clinical commissioning groups and one third of NHS providers have adequate plans in place to adapt to climate change, which it says is “at the root of many health risks” such as air pollution and the spread of disease.

The letter states that there are in the short term “cost-effective interventions to address many of Britain’s largest health challenges” – including outdoor air pollution – available as part of the response to climate change.

One such intervention the Alliance urges is for the government to stick with the Department of Energy and Climate Change’s (DECC) commitment to phase-out unabated coal-fired power by 2025 in order “to limit the burden on cardiopulmonary health” (hearts and lungs).

“On air pollution specifically we encourage you to support DECC’s proposed commitment to phase-out unabated coal-fired power by 2025 to limit the burden on cardiopulmonary health” – Alliance letter to health secretary Jeremy Hunt.

It also calls on the health secretary to “advocate at a national and international level for a strong policy response to protect and promote public health in tackling climate change, focusing on air quality, cleaner transport, household energy efficiency and sustainable diets”.

The letter comes this week as a global report estimated that constructing all of the currently proposed coal energy plants around the world would cost $981 billion (£692 billion).

This figure, the report by US environmental campaign group Sierra Club claims, is more than 1.5 times the amount needed to end energy poverty for 1.2 billion people around the world.

Signatories of the Alliance’s letter include heads of organisations representing the likes of GPs, doctors, nurses, anaesthetists, psychiatrists and child doctors.

These Alliance member groups include the Royal College of GPs, the Faculty of Public Health, the British Medical Journal, the Lancet and the Climate and Health Council.

Janet Davies, Royal College of Nursing chief executive & general secretary, said: “As with other public health threats, doctors and nurses are coming together to call for stronger, smarter measures to tackle climate change. By providing their patients with the support to make small but important changes in their lives that benefit their health, healthcare professionals can also play a significant role in reducing the financial pressures on the NHS and the wider impacts of climate change.”

The Royal College of Physicians and Royal College of Paediatrics and Child Health have also both joined the Alliance, having published a joint report in February highlighting the multi-billion pound health cost of air pollution from an estimated 40,000 premature deaths each year (see AirQualityNews.com story).